News/Opinion: Should Reparations Be Paid to the Descendents of Former Slaves? 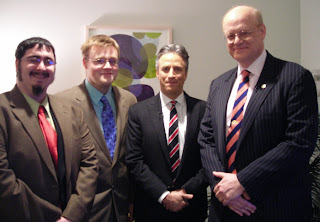 "You wonder why we didn't do it 100 years ago," said Iowa Sen. Tom Harkin, after the Senate voted June 18 to endorse a national apology for slavery. "It is important to have a collective response to a collective injustice." And considering the scale and brutality of slavery in American history, Senator Harkin could not be more right. Abraham Lincoln described slavery as "the one retrograde institution in America," and told a delegation of black leaders in 1862 that "your race are suffering, in my judgment, the greatest wrong inflicted on any people."

But one reason why we have waited so long has to do with what many advocates of the apology regard as the necessary next step – reparations to African-Americans by the federal government. Significantly, that's a step the Senate's apology resolution refused to take. "Nothing in this resolution," said Concurrent Resolution 26, "authorizes or supports any claim against the United States; or serves as a settlement of any claim against the United States."

That refusal will inject new acrimony into a slow-burning debate over reparations that has been going on for 40 years. "There are going to be African-Americans who think that [the apology] is not reparations, and it's not action," admitted Tennessee Rep. Stephen Cohen (D), who has been a longtime backer of the apology.

And indeed there are. Randall Robinson, whose book, The Debt: What America Owes to Blacks (2000), demanded "massive restitutions" to American blacks for slavery, insists that an apology is meaningless without reparations payments to African-Americans. "Much is owed, and it is very quantifiable," Mr. Robinson said after the Senate vote. "It is owed as one would owe for any labor that one has not paid for, and until steps are taken in that direction we haven't accomplished anything." Illinois Sen. Roland Burris (D) added: "I want to go on record making sure that that disclaimer in no way would eliminate future actions that may be brought before this body that may deal with reparations."

And on the surface, the case for reparations to African-Americans has all the legal simplicity of an ordinary tort. A wrong was committed; therefore, compensation is due to those who were wronged. But just below that surface is a nest of disturbing complications that undercut the ease with which Robinson, Mr. Burris, and other reparations activists have put their case.

1. Who was legally responsible for slavery? Not the federal government. Slavery was always a matter of individual state enactments, which is what made Lincoln's initial attempts to free the slaves so difficult. When it was written in 1787, the Constitution only obliquely recognized the existence of legalized slavery in the states, and only mentioned it directly when it provided for the termination of the transatlantic slave trade in 1808. Congress twice passed laws regulating the capture of fugitive slaves. But there was no federal slave code and no federal statute legalizing slavery.

Nor was slavery confined only to the 11 Southern states of the old Confederacy. It was legal in New York, Pennsylvania, and New Jersey as late as the 1820s. If reparations are what's in view after an apology, the real target has to be the states; and if reparations are demanded from Alabama, it will want to know why it's more guilty than other states.

2. Who should be paid? At first glance, the answer seems obvious: the slaves. But the victims of slavery are now long dead; it is the heirs of those victims who stand next in line for compensation. Still, the line is a shaky and complicated one, with the chief complication lurking in the genes of African-Americans themselves. Slavery was a system of bondage; it was also a system of forced rape and violent sexual exploitation across the old slave South. The mixed-race offspring of slavery were plain to see on every plantation.

And the long-term result is that the average African-American today has been estimated, in genetic terms, to be approximately 20 percent white – and much of that 20 percent includes the genes of the white slaveholders who originally owned his great-grandparents. By what logic do we pay reparations for slavery to those who, in all too many cases, are literally descendents of the actual slaveholders? And should reparations for slavery include the descendents of those blacks who – like President Obama – did not arrive in the US until after slavery was ended?

3. What about the Civil War? Slavery did not end by evaporation. It took a catastrophic civil war, which cost 620,000 dead – equivalent to nearly 7 million today; it cost $190 billion (in today's dollars) to wage and multiplied the national debt by 400 percent; and it inflicted a casualty rate of 27 percent on Southern white males between the ages of 17 and 45, the very people most likely to own slaves.

At that time, there was no shortage of racists in the North who insisted that the Civil War was being waged only to preserve the Union, not to abolish slavery. But Lincoln knew otherwise, and he charged both North and South with knowing it, too. Slavery "constituted a peculiar and powerful interest" in the South, Lincoln said in 1865, and "all knew that this interest was, somehow, the cause of the war." The war, Lincoln said, was God's instrument for the ultimate reparation – every drop of blood drawn with the lash had been paid for with blood drawn by the sword. The blood-price of the Civil War may not automatically silence the case for reparations on its own. But the case for reparations cannot ignore it, either. 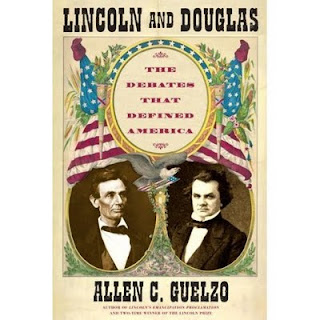 Reparations are held up as a gesture of retroactive justice, righting the wrongs that were done to our great-grandparents and before. Yet there is a deep instinct in the American national psyche that bucks at the notion of defining the present by the definitions of the past, which is one reason why reparations lawsuits have so routinely failed. If it is racial justice we seek, the greater wisdom lies in addressing it directly, for this generation.

Allen C. Guelzo is the Henry R. Luce Professor of the Civil War Era at Gettysburg College, and the author of Abraham Lincoln: Redeemer President.

Hello People, I was on a holiday for a month just passing by read this interesting post its great to see that every thing here is getting more lively...thanks a lot for these keep them coming....