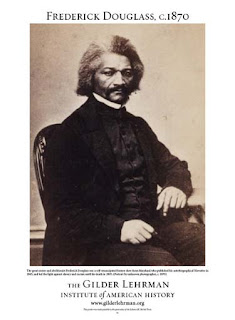 Yale University's Gilder Lehrman Center for the Study of Slavery, Resistance, and Abolition, sponsored by the Gilder Lehrman Institute of American History, has announced the finalists for the Eleventh Annual Frederick Douglass Book Prize, one of the most coveted awards for the study of the African-American experience.

The finalists are: Thavolia Glymph for Out of the House of Bondage: The Transformation of the Plantation Household (Cambridge University Press); Annette Gordon-Reed for The Hemingses of Monticello: An American Family (W.W. Norton and Company); and Jacqueline Jones for Saving Savannah: The City and the Civil War (Alfred A. Knopf Publishers).

The $25,000 annual award for the year's best non-fiction book on slavery, resistance, and/or abolition is the most generous history prize in its field. The prize winner will be announced following the Douglass Prize Review Committee meeting in September, and the award will be presented at a dinner at the Yale Club of New York on February 25, 2010. This year's finalists were selected from a field of over fifty entries by a jury of scholars that included Robert Bonner (Dartmouth College), Rita Roberts (Scripps College), and Pier Larson (Johns Hopkins University). 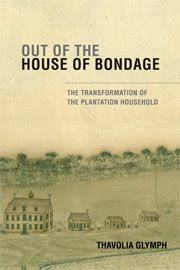 Thavolia Glymph's Out of the House of Bondage draws attention in a wholly new way to the strife between Southern plantation mistresses and those enslaved black women they sought to master. The book's bold and wide-ranging research, its lucid emphasis on the "public" nature of slaveholding households, and its passionate argumentation results in a deep and disturbing account of white cruelty and black resentment. In addition to re-connecting plantation mistresses to the systematic violence of slavery, Glymph persuasively documents how the social, political, and economic upheavals of emancipation spurred new opportunities and fostered recurrent conflicts. This incisive study promises to inspire new research agendas among Southern historians for years to come. 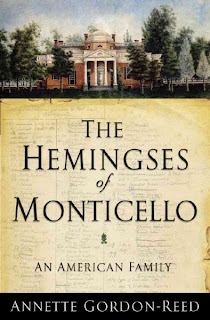 In Annette Gordon Reed's The Hemingses of Monticello, an enslaved Virginia family is delivered -- but not disassociated -- from Thomas Jefferson's well-known sexual liaison with Sally Hemings. The book judiciously blends the best of recent slavery scholarship with shrewd commentary on the legal structure of Chesapeake society before and after the American Revolution. Its meticulous account of the mid-eighteenth century intertwining of the black Hemingses and white Wayles families sheds new light on Jefferson's subsequent conjoining with a young female slave who was already his kin by marriage. By exploring those dynamic commitments and evasions that shaped Monticello routines, the path-breaking book provides a testament to the complexity of human relationships within slave societies and to the haphazard possibilities for both intimacy and betrayal. 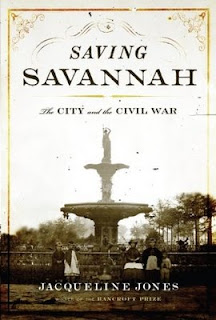 Jacqueline Jones' Saving Savannah memorably charts a bustling city's passage from slavery to freedom. Covering a twenty-year span, the book tracks the fortunes of an unforgettable cast of characters, setting fugitive slaves beside imperfectly paternalist masters and proud black fire fighters beside idealistic Northern-born missionaries. Interwoven with the book's tapestry of stories is a series of crisp assessments of Savannah's social, political, religious, and economic institutions, many of which were pioneered by a vibrant free black community in the antebellum period. The account provides both a gripping read and a new interpretation of how those whites "laid low"by Confederate defeat regained a semblance of control over this majority-black city.