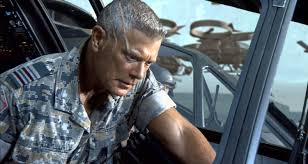 The Gettysburg Foundation invites you to join us for our special 150th Battle of Gettysburg commemorative event, Salute to the States, highlighted with a special performance by renown actor and playwright Stephen Lang.

Lang will perform his solo piece, The Wheatfield, in which he, in the character of Medal of Honor Recipient James Jackson Purman, relates the events that transpired at The Battle of Gettysburg on July 2nd and 3rd, 1863. The personal story that Purman tells is both stark and rich in detail; highly emotional and intensely dramatic. It is an 18 minute tour de force of theatrical expertise.

The performance will be followed by the world premiere of the short film The Wheatfield, written and acted by Lang; directed by Alexander and Adrian Smith; produced by Jake Boritt; original music by Robert Kessler; music performed by celebrated double-bassist Tim Cobb.  Following the film an onstage Q&A with Lang and the filmmakers will be hosted by the eminent Lincoln scholar and author Harold Holzer. Holzer will conduct the interview and invite questions and comments from the audience.

This ticketed event also includes a culinary tour of America featuring signature cuisine from various regions of the United States, Civil War-era ballroom dancing, living history performances by Confederate and Union Generals who share their experiences at Gettysburg, and a unique exhibit of reunion badges from each state that fought at Gettysburg (display courtesy of Gettysburg National Military Park.)

Held at the Gettysburg National Military Park Museum and Visitor Center, from 7:00 p.m. to midnight, the cost of tickets is $100 Individual Ticket and $150 Patron Ticket (additional $50 contribution supports 150th preservation, acquisition and education projects.)
Registration/RSVP deadline is June 1, 2013. To purchase tickets and for more information, please call 717-339-2148 or visit www.gettysburgfoundation.org.

Labels: Battle of Gettsyburg, Film and Media, Medal of Honor