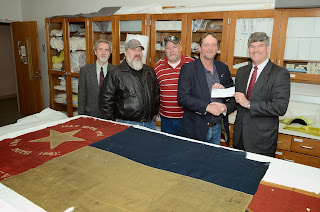 Posted by Rea Andrew Redd at 1:00 PM No comments: 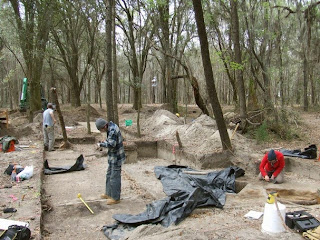 A Mexican coin punctured with a small hole, nails from long-decayed wooden dwellings, and broken bits of plates and bottles are among thousands of artifacts unearthed from what archaeologists suspect were once slave quarters at the site of a planned highway project in Savannah.

A team hired to survey the site by the Georgia Department of Transportation spent three months excavating 20 acres of undeveloped woods tucked between a convenience store and apartments off busy Abercorn Extension on Savannah's suburban south side. Archaeologist Rita Elliott said the project yielded a staggering 33,858 artifacts believed to date from about 1750 until after the Civil War.

Historical records show that a wealthy Savannah attorney named William Miller owned a large plantation at the site and at one time had 87 slaves, Elliott said. Archaeologists didn't find the main plantation house but believe many of the artifacts they found are consistent with slave dwellings.
"These people are pretty anonymous in the historical records," Elliott said. "The archaeology may not tell us much about their names, but it will tell us about their lives."

As for the sheer volume of items recovered at the site, Elliott said, "It's not unheard of. But this is a lot of artifacts." The plantation site had plenty of high ground that probably would have been used for growing row crops, while the lower-lying marshlands would have been suitable for growing rice. Records show that two planters owned the land until Miller bought it all in the mid-1850s.
Clusters of nails found in the ground indicate that buildings were made from wood instead of brick, Elliott said. Archaeologists uncovered small pits used to store items in the floors of dwellings and dug up no window glass, further evidence the site had crude structures occupied by slaves.

Archaeologists found a silver Mexican coin from 1831 with a hole punched near the edge, as if it had been worn as a pendant. An 1865 penny was recovered from a pit. Researchers also found fragments of brick, broken dishes and bottles, a cast iron pot and a small brass thimble.

A small part of the site also turned up clues that some Union troops of Gen. William T. Sherman camped out at the site around the time Savannah was seized in1864. Archaeologists found bullets from muskets and uniform buttons, as well as what appear to be spikes used to hold down tents.
Elliott said records show that some of Sherman's troops marched right through Miller's plantation en route to Savannah. She estimates that several hundred camped there. 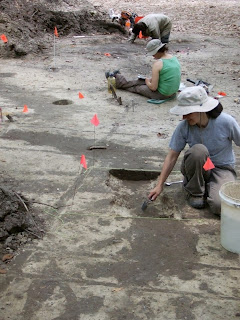 The archaeological work was ordered as part of the pre-construction phase of a $30.3 million dollar project to elevate Ga. 204, which links Savannah's south side to Interstate 95, above a busy residential crossing. Archaeological research was required for the project because it uses federal transportation money. Construction is scheduled to begin next year. "It is rare, and it's an opportunity that we enjoy," Georgia DOT spokeswoman Jill Nagel said of the plantation discovery. "We're preserving Savannah's history."

Since field work at the site ended in May, archaeologists have kept busy in the laboratory cleaning and examining each artifact, looking for clues to piece together the stories of slaves who lived on Miller's plantation. Eventually the artifacts will be turned over to the University of West Georgia in Carrollton for safe keeping. 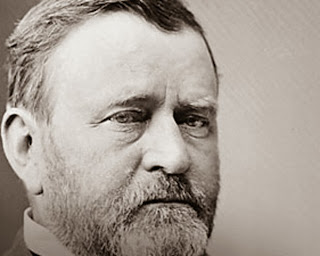 Posted by Rea Andrew Redd at 1:28 PM No comments: 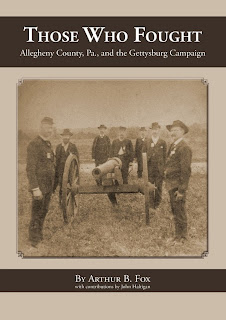 From the Publisher: The first book that specifically recognizes the role of Allegheny County, Pa., in the Battle of Gettysburg and honors the local soldiers who fought there. The author presents the human side of the soldier, and adds vital facts of the regiments and current efforts to memorialize them.

From the Pittsburgh Post-Gazette: [excerpt] " The book is the third volume in a trilogy Mr. Fox has written about the region's military role at the time of the War Between the States. His earlier works are Pittsburgh During the American Civil War: 1860-186" and Our Honored Dead: Allegheny County, Pa., in the American Civil War. All three books are published by Mechling Bookbindery in Chicora, Butler County.
"Those Who Fought" was planned as a much longer work looking at the experiences at Gettysburg of soldiers from 10 counties in southwestern Pennsylvania. Its 50,000 words now concentrate on units recruited mostly from Allegheny County.