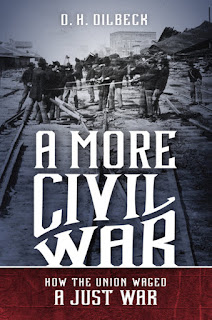 News: Demise of the Last Wax Museum in Gettysburg; Presidents and First Ladies to be Auctioned

Forty-three U.S. presidents will be looking for homes next month, as Gettysburg’s Hall of Presidents and First Ladies, which closed in late November, will be auctioning off the wax figures that have been entertaining tourists for more than half-a-century.The figures, along with other museum contents, will be put up for auction Jan. 14.

A fixture on Gettyburg’s Baltimore Street since 1957, the museum displayed figures of all 43 men who have served as president. It also included figures of each first lady, dressed in facsimile inaugural gowns. The museum fell victim to a decline in attendance that not even interest in the recent presidential election could stem, its owner said.

"It was kind of its time," said Max T. Felty, president of Gettysburg Tours Inc. "We were hoping that, with the Gettysburg [2013] sesquicentennial, we'd see the attendance go up. But it really didn't increase much." According to the museum’s website, the figures’ heads are made of a liquid vinyl plastic (with eyes purchased from an optical supply company), while the torsos are made of Fiberglass and Styrofoam. The “fully articulating arms” are made of wood.

Gettysburg Tours Inc. also operates the Jennie Wade House and Museum, in a building that was home to the only civilian killed during the Civil War’s Battle of Gettysburg.  Attendance at the Jennie Wade House remains steady, Felty says, and its future is secure for now. "She's not going anywhere," he says. "That's a very good attraction."