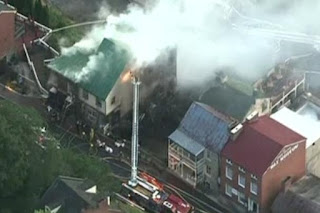 Copy and paste This Link:

HARPERS FERRY, W.Va. (AP) — A fire has devastated the commercial area in the historic town of Harpers Ferry, destroying some buildings that were constructed in the 1800s.
Harpers Ferry Mayor Gregory Vaughn said the early morning fire Thursday destroyed seven to eight businesses housed in one building. An adjacent restaurant sustained substantial damage. No one was injured. The cause hasn't been determined.
The commercial area is adjacent to Harpers Ferry National Historic Park.
Harpers Ferry was the site of a failed raid on a federal arsenal in 1858 by abolitionist John Brown. During the Civil War, Harpers Ferry changed hands eight times between 1861 and 1865.

Posted by Rea Andrew Redd at 10:31 AM No comments:

Gateway to Freedom: The Somewhat Hidden History of the Underground Railroad 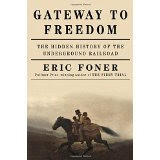 The focus of Gateway To Freedom is on the route of the UGRR from the Mid-Atlantic border states through Philadelphia, New York City, upper central and western New York and into Canada. The subtitle is "The Hidden History of the Underground Railroad."  The front cover and the blurbs on the back cover do not mention that the story is an East Coast centric one with a concentration on NYC. Yet, if you are looking for a general overview of the topic, this work will suffice. Foner vividly reveals the process of how the Underground Railroad worked.  In general, his description of the process may be transferred to other urban environments.

Pluses for the book include the first chapter which outlines the historiography of the Underground Railroad from the very first participants' accounts through the current era. Also, Sydney Howard Gay's detailed record of slaves passing through NYC is integrated with other UGRR operators accounts from Delaware, Baltimore, Philadelphia, and Syracuse.  Foner is successful in tracing the paths of runaway slaves who left Maryland, Delaware and Virginia and finished the journey in Canada.

\On two maps related to the Mid-Atlantic states Chambersburg, York and Harrisburg Pennsylvania are cited as UGRR sites.  Gettysburg and Adams County Pennsylvania are not.
Posted by Rea Andrew Redd at 12:49 PM No comments:

New and Noteworthy---Engineering Victory at Vicksburg: Shovels or Starvation? 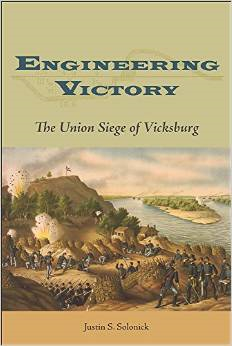 From the Publisher: On May 25, 1863, after driving the Confederate army into defensive lines surrounding Vicksburg, Mississippi, Union major general Ulysses S. Grant and his Army of the Tennessee laid siege to the fortress city. With no reinforcements and dwindling supplies, the Army of Vicksburg finally surrendered on July 4, yielding command of the Mississippi River to Union forces and effectively severing the Confederacy. In this illuminating volume, Justin S. Solonick offers the first detailed study of how Grant’s midwesterners serving in the Army of the Tennessee engineered the siege of Vicksburg, placing the event within the broader context of U.S. and European military history and nineteenth-century applied science in trench warfare and field fortifications. In doing so, he shatters the Lost Cause myth that Vicksburg’s Confederate garrison surrendered due to lack of provisions. Instead of being starved out, Solonick explains, the Confederates were dug out.
After opening with a sophisticated examination of nineteenth-century military engineering and the history of siege craft, Solonick discusses the stages of the Vicksburg siege and the implements and tactics Grant’s soldiers used to achieve victory. As Solonick shows, though Grant lacked sufficient professional engineers to organize a traditional siege—an offensive tactic characterized by cutting the enemy’s communication lines and digging forward-moving approach trenches—the few engineers available, when possible, gave Union troops a crash course in military engineering. Ingenious midwestern soldiers, in turn, creatively applied engineering maxims to the situation at Vicksburg, demonstrating a remarkable ability to adapt in the face of adversity. When instruction and oversight were not possible, the common soldiers improvised. Solonick concludes with a description of the surrender of Vicksburg, an analysis of the siege’s effect on the outcome of the Civil War, and a discussion of its significance in western military history.
Solonick’s study of the Vicksburg siege focuses on how the American Civil War was a transitional one with its own distinct nature, not the last Napoleonic war or the herald of modern warfare. At Vicksburg, he reveals, a melding of traditional siege craft with the soldiers’ own inventiveness resulted in Union victory during the largest, most successful siege in American history.

Justin S. Solonick, PhD, is an adjunct instructor in the Department of History and Geography at Texas Christian University. His most recent publication, “Saving the Army of Tennessee: The Confederate Rear Guard at Ringgold Gap,” appeared in The Chattanooga Campaign, published by SIU Press in 2012.
Remarks by esteemed colleagues:
“By showing why Vicksburg fell when it did, Justin S. Solonick’s book sheds new light on one of the most important campaigns of the Civil War. By exploring how Grant’s army achieved that success, it illuminates the nature of Civil War armies and on the society that raised them.”—Steven E. Woodworth, author of Nothing but Victory: The Army of the Tennessee, 1861–1865

“If Vicksburg was the front door to the Confederacy, it was engineering that proved to be the key to opening the door. Thus argues Solonick, as he proceeds to methodically and convincingly make his case. Lacking professional engineers, U. S. Grant’s Army of the Tennessee often relied upon western ingenuity for mining and trenching. Their efforts, not fully appreciated by West Point theorists even after the war, won the day. Must reading not only for western theater enthusiasts but also for those who wish to grasp how the war evolved.”—Larry J. Daniel, author of Days of Glory: The Army of the Cumberland, 1861–1865

“Justin Solonick has produced an important and necessary study of siege operations at Vicksburg, setting the story within the context of European siege craft and pointing to new directions in the history of Civil War military operations. This book is a breath of fresh air.”—Earl J. Hess, author of Kennesaw Mountain: Sherman, Johnston, and the Atlanta Campaign

CWL: Exactly how did the Army of the Tennessee's engineers get a nearly all volunteer army to dig an impenetrable series of trenches around the Gibraltar of the Confederacy and gradually tighten the noose until starvation doomed the city?  Yankee ingenuity? Western can-do attitude?  West Point sophistication? Engineering Victory: The Union Siege of Vicksburg emphasizes the Union siege.  It's focus is on on the besieged army's efforts to resist encirclement. Justin S. Solonick provides in one chapter on the engineers' art and in a second chapter a discussion of America's other sieges of Yorktown and Vera Cruz and how West Point taught the art of the siege. Eight other chapters are details the siege of Vicksburg. The bibliographic notes, appendix, glossary, maps, illustrations and tables each add to the value of the book. Readers may imagine that reading a book on engineering would be dry, but Solonick focus includes the recollections of the enlisted men and their life in individual rifle pits, lunettes, and behind head logs.
Posted by Rea Andrew Redd at 2:32 PM No comments: 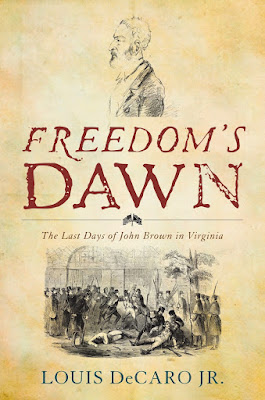 From the publisher: John Brown’s failed raid on the federal armory in Harper’s Ferry Virginia served as a vital precursor to the Civil War, but its importance to the struggle for justice is free standing and exceptional in the history of the United States. In Freedom's Dawn, Louis DeCaro, Jr., has written the first book devoted exclusively to Brown during the six weeks between his arrest and execution. DeCaro traces his evolution from prisoner to convicted felon, to a prophetic figure, then martyr, and finally the rise of his legacy. In doing so he touches upon major biographical themes in Brown’s story, but also upon antebellum political issues, violence and terrorism, and the themes of political imprisonment and martyrdom.

"Freedom's Dawn" is the most thoughtful and judicious rendering yet of John Brown's final weeks.  In a moving narrative, Louis DeCaro, Jr. presents Brown not as a crazed terrorist but as a determined, heroic prophet of human rights"  David S. Reynolds, author of John Brown, Abolitionist and Walt Whitman's America 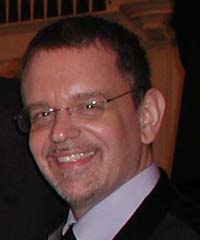 Front Flap: John Brown's failed raid on the Federal arsenal in Harper's Ferry,Virginia, served as a vital precursor to the Civil War, and its importance to the struggle for justice is exceptional in the history of the United States.  Freedom's Dawn is the first book devoted exclusively to Brown during the six weeks between his arrest and execution.  Louis DeCaro Jr. traces Brown's evolution from prisoner to convicted felon, to prophetic figure, and then martyr, finally examining the rise of his legacy.  In doing so, DeCaro touches upon major biographical themes in Brown's story, and also upon antebellum political issues, violence and terrorism and the themes of political imprisonment and martyrdom.