Current Topic: Does The Civil War Still Matter? A Publisher Makes His Case

When someone discovers I publish military and general history books for a living, and my focus is the American Civil War, the conversation invariably narrows to some variant of the question about which I was asked to write: “Does the Civil War still matter?” If time (and the interest of the interrogator) remains, the discussion moves to the inevitable question, “Do people still read Civil War books?”
The answer to the both questions is, of course, yes. The Civil War still matters for a legion of reasons I will leave for others to explore. Since I have a rather specialized view of the subject, I thought it best to delve a bit more deeply into the second question (which, of course, relates to the first.)
The state of the Civil War new book market is as vibrant as it has ever been, even as the number of serious Civil War book buyers and readers inexorably shrinks. Why is this?
The second part of that sentence is easier to answer than the first. The core book-reading group is aging and dying off. Attend your average Civil War Round Table meeting and count the heads under 40. There are not many.
One of the ways we have been working to increase interest in the Civil War is by publishing our growing series of Emerging Civil War series of titles (co-founded by series editor Chris Mackowski). These books, with which every reader of this blog are familiar, run 168-192 pages, include a wide variety of illustrations, driving tours/appendices, and well-written informative text. Veterans readers love them, but newer readers do as well because they are wonderful gateways into the literature. It is much less daunting to pick up one of these at $14.95 and read it than a $35.00 heavily footnoted hardcover weighing in at 488 pages.

Why is the market so vibrant? So exciting? Because the way I see it, the market is saturated with books, and the best scholarship Civil War enthusiasts have ever enjoyed is coming out right now. You just have to cull through it.
The last twenty years have radically changed every aspect of publishing. Technological advances, better and faster computers, desktop publishing, and of course, the Internet, are all responsible for the current market. To my way of thinking, the result—which affects everything from how books are researched, written, and printed—is a saturated market.
Not there’s anything wrong with that. (Sorry, I was just watching Seinfield before California cuts off my power.)

I was born with DNA that despises control and gatekeepers (the nuns had a hell of a time with me). The fact that it is easier now to be an “author” and put out whatever you wish is just fine with me. With research much easier to conduct, most of the barriers to entry into the publishing world have been removed. Desktop publishing software at home, or companies masquerading as publishers online, will turn anyone’s manuscript into something that at least looks like a book even if it doesn’t always read like one. The result is more titles than you could ever read in your lifetime.
Never has caveat emptor (“Let the buyer beware”) been more important when you spend your hard-earned money.
As readers, we have access to a wider selection of Civil War titles than at any other time since the end of the war. We can order from catalogs, browse and buy in brick-and-mortar stores, purchase directly from publishers, and snag copies from most authors. We can even download them into our Kindles or listen to a book if audio is an option.
No category is lacking for new studies. Even the war’s redheaded stepchild—the Trans-Mississippi Theater—is finally getting some love.

I was speaking with someone not long ago who was irritated by the large number of books that pour out annually. “I know you love beer. Do you ever shop for it?” I asked. “Of course,” he replied cautiously. “Would you rather go into a store that has Coors and Miller Lite,” I continued, “or Coors, Miller Lite, and one hundred other selections—and you get to choose?”

Even though the core buying pool is smaller than it used to be, sales remain reasonably strong, especially for presses with a dedicated following that work hard to market their books AND their authors. Honestly, there are not that many that do both (and some don’t do either). Some presses get grants and don’t have to turn the sort of profit others must in order to survive. Every publisher has different market niches and specialties.

I can state with complete certainty that if you count the number of Civil War titles published annually and examine sales figures, the average Civil War title sells in the 100s of copies, not the thousands. (This almost always surprises everyone.) In most instances, if one of our books sells fewer than 1,000 copies in one year, we do not think of it as a success. Most of ours sell significantly more than that, and some well into five figures.

Often, however, I will pick up a niche book I know won’t sell all that well because I think it is important and needs to be done. The better-selling books make that possible. Sometimes breaking even (for the right reason) is okay.Like it has always been, however, the subject—coupled with the author attached to it—matters. It matters a lot.

Without fail, the best-selling Civil War topic remains fresh aspects of Gettysburg and the campaign. It is not difficult to find people who grumble that they are sick of the Pennsylvania battle, but sales continue to suggest otherwise. For example, our recent trio of titles—Gettysburg’s Peach Orchard (by Hessler and Isenberg); Too Much for Human Endurance: The George Spangler Farm Hospitals (Kirkwood), and Lee is Trapped and Must be Taken (Ryan and Schaus)—all sold out within weeks and have been reprinted.  Two were national book club selections. Their first printings were not insignificant. Barnes and Noble did not pick up one of these books. It still sold out.
Generally speaking, battles sell. Studies on battles that don’t begin with the letter G also tend to do well, though again, the topic matters. Selling a battle study on Shiloh or Chickamauga, for example, is much easier than Perryville or Chantilly. Selling combats waged in Virginia is much easier than fighting in Kentucky. Map studies, like Brad Gottfried’s military atlas series, are strong steady sellers.
Biographies and unit histories are harder to move since, by definition, they take a small market and essentially cut it in half. This tends to be true for any books focused on one side of the war or the other. Every week I get manuscript queries to publish a history of someone’s ancestor’s company. Alas, that is simply not a viable proposition.

I have not run any real numbers, but if I had to guess, I would say the print run for the average Civil War title published by Savas Beatie is about 20% smaller than it was a decade ago. Many first editions, however, still demand a robust first printing (equal to, or greater than, a decade ago) and still go into multiple printings. No one has a crystal ball. If we did, every book would be a bestseller.
A large part of any “softness” that exists in the book industry is the result of competition—not with other publishers but with other forms of entertainment. The Internet in general, movies on demand, streaming platforms, our damn phones—all play a role. Given this, paying close attention to what sells and allocating revenue and labor accordingly is especially important in today’s marketplace.

Publishers carefully monitor which titles have “legs,” i.e., are the books that have hard-working authors, generate great reviews, and enjoy steady sales and good word-of-mouth during the first few months of release. Those books (and authors) are reinforced with marketing dollars. Like a breakthrough on a battlefield, publishers reinforce success to widen the breach and seize the day. 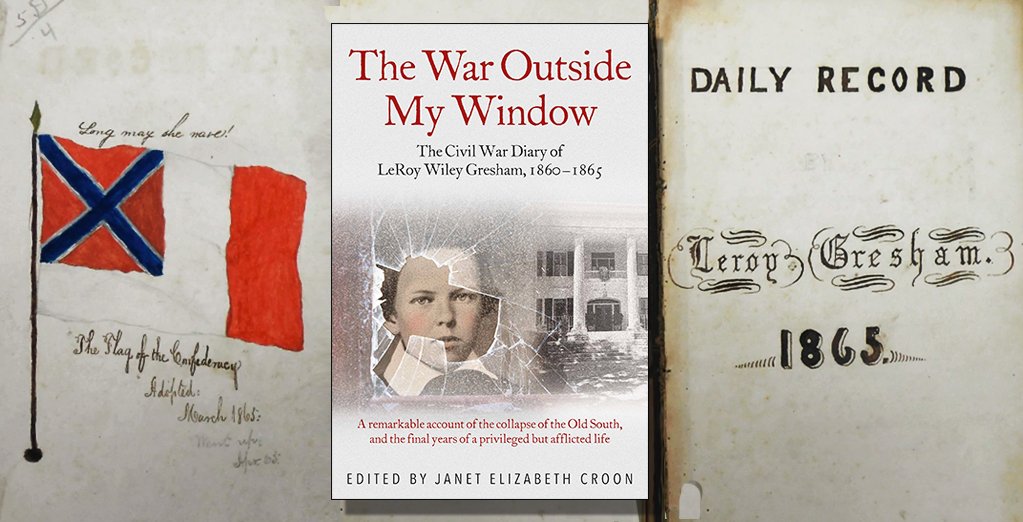 A classic example is our 2018 breakout book The War Outside My Window: The Civil War Diary of LeRoy Wiley Gresham, edited by Janet Croon. This is NOT your typical Civil War book by any stretch of the imagination. We thought this would do well because we knew its true worth. Everyone in our office fell in love with the tragic prodigy, his remarkable family, and their incredible story—but would our readers? Could we expand this book beyond typical readers of Civil War history. We pushed it out and held our breath.

The reviews poured in, the books poured out, major news organizations picked up the story—and off it went. We called up the reserves and launched a relentless book tour (thank you, Jan!) with significant marketing behind it. The first printing sold out quickly, and then a large second printing.
The War Outside My Window has generated a life of its own. LeRoy’s story is now in its third hardcover printing, has a new curriculum guide for teachers, parents, and general readers, and a major wholesaler for the school market is helping us craft a young adult version for 2020. LeRoy has also been the subject of a major essay in American Chess Magazine, and we hope to kick off a Georgia chess tournament in his name in 2020
To thousands of people, the Civil War still matters. 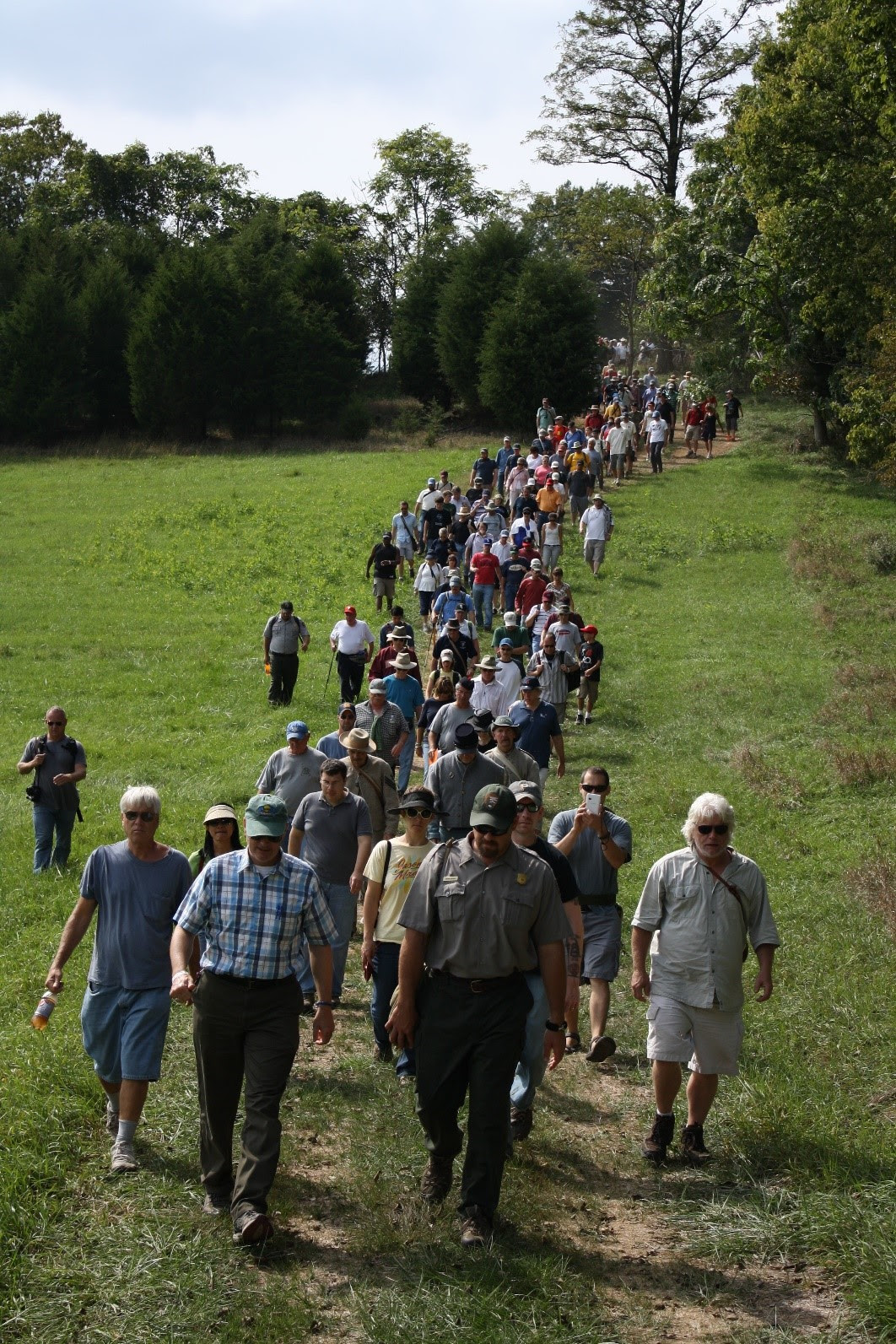 The transformational gift will support construction of a new hiking trail system, described in the 2018 Visitor Access and Circulation Plan – Environmental Assessment, as well as the development of interpretive resources such as trail guides, trailhead exhibits, ranger-led battlefield hikes and tours, and enhanced visitor experience and resource protection capabilities.
“We are delighted to have received such a generous gift,” said Antietam National Battlefield Superintendent Susan Trail. “As stewards of the land and its history, we’re excited for a new opportunity to connect visitors to Antietam in meaningful ways.”

Antietam National Battlefield’s acreage has more than doubled since the completion of the last General Management Plan in 1992. The construction of new trail segments and realignment of existing trails will offer future visitors easier access and interpretive context when they visit these newer sections of the park. It is estimated that the project will take seven years to complete.
The gift stemmed from an inquiry from an anonymous patron who wanted to support trails at Antietam National Battlefield. Staff from Eastern National and the National Park Service worked closely to formalize the project with a philanthropic support agreement, then submitted a proposal to the prospective donor. With substantial funding in place, park officials will be able to leverage the donation to apply for matching funds from federal sources.

“Eastern National and Antietam National Battlefield have a rich history of working together to enhance visitor experiences,” said Kevin C. Kissling, Eastern National president and CEO. “We’re honored to have helped facilitate this substantial investment in the park and its resources.”
Antietam National Battlefield is the site of the bloodiest day of the American Civil War, seeing 23,000 soldiers killed, wounded, or missing after 12 brutal hours of savage combat. The Battle of Antietam, fought on September 17, 1862, ended the Confederate Army’s first invasion into the North and led Abraham Lincoln to issue the preliminary Emancipation Proclamation. Coincidentally, the donation arrived at Eastern National’s headquarters on September 17, 2019, the 157th anniversary of the battle.