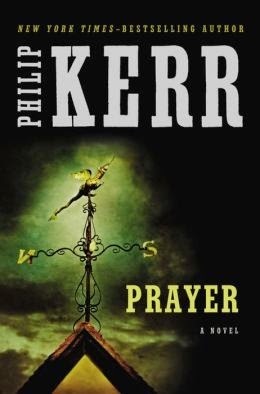 Kerr holds Martins' investigations, Christian faiths, atheism in balance in Prayer and the conclusion is sound and satisfying.  The close of novel allows this reader to hope that Gil Martins is heard from again.
Posted by Rea Andrew Redd at 11:19 AM