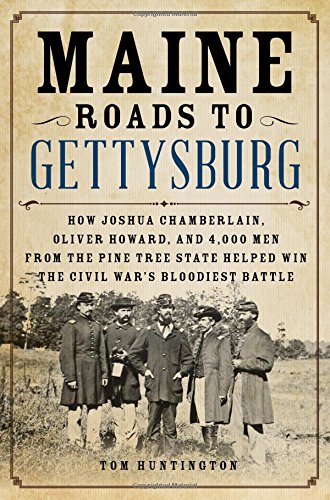 
Tom Huntington is the author of Searching for George Gordon Meade: The Forgotten Victor of Gettysburg, as well as Guide to Gettysburg Battlefield Monuments, Pennsylvania Civil War Trails, and Ben Franklin’s Philadelphia. He is also the former editor of American History and Historic Traveler magazines, and his writing has appeared in many publications, including Smithsonian, Air & Space, American Heritage, British Heritage, and Yankee. He was born and bred in Augusta, Maine, but now lives in Camp Hill, Pennsylvania, not far from Gettysburg.
Posted by Rea Andrew Redd at 1:03 PM