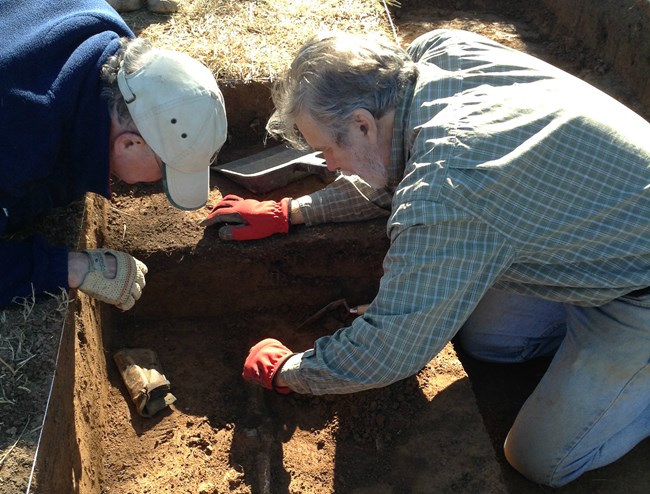 In August 1862, two Union soldiers were gravely wounded at the Battled of Second Manassas. They were brought to a field hospital, though both died as a result of their injuries. Their bodies were laid to rest in a shallow burial pit, intermixed with amputated limbs from other soldiers wounded in the battle. Then they were lost to history. The National Park Service (NPS) first encountered the remains during a utility project in 2014. With help from the Smithsonian Institution the NPS was able to identify the remains as Union soldiers, and worked with the Army to give these soldiers an honorable final resting place.
In 2014, Manassas National Battlefield Park was working on a utility project. Although previous archeological testing of the area did not identify any significant finds, during the utility installation several small fragments of bone were unearthed and collected by the archeologist assigned to monitor the work.

At first, no one knew exactly what, or when, the bone fragments were from. To find out, the NPS sent the fragments to the the forensic anthropology lab at the Smithsonian Institution's National Museum of Natural History. Researchers there determined that the fragments were human, and that they dated to the Civil War. What's more, a piece of femur bone they were able to piece together had been sawed off, consistent with an amputation. All that information led to the conclusion that further excavation was needed. It was possible that something incredibly rare was on the site, and this was an invaluable opportunity to study and preserve the findings. In 2015, archeologists from the NPS and the Smithsonian Institution removed the earth in a grid pattern, inch by inch, layer by layer. Using scientific techniques and measurements from a variety of tools, they carefully recorded the objects they found and their precise positions. Understanding the exact positions of bones in the ground helps scientists understand how the remains were placed and whether damage to bones happened before or after the person died. 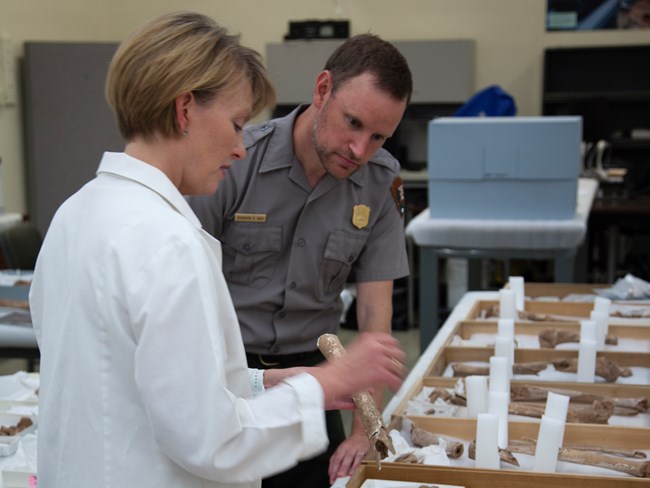 Beneath the surface, they found two nearly-complete human skeletons, and several artifacts including buttons from a Union sack coat, a .577 Enfield bullet, three pieces of .31 caliber lead buckshot, and an assemblage of eleven arms and legs. The discovery was something incredibly rare: a battlefield surgeon's burial pit. In fact, this was the first time such a burial pit had ever been excavated and studied at a Civil War battlefield.   To learn more about who these bones belonged to, the NPS again turned to the lab at the Smithsonian to investigate. 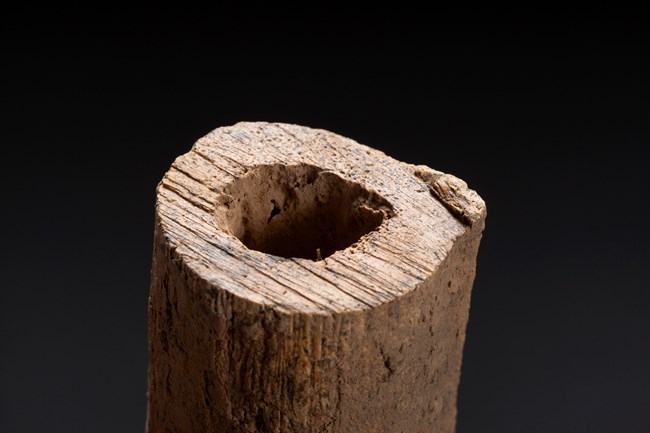 Forensic anthropologists from the Smithsonian helped the NPS remove the bones from the site and moved them to a laboratory at the Smithsonian's National Museum of Natural History for further study.  By analyzing the chemistry of the bones, researchers determined where the soldiers were from. Carbon isotopes and oxygen isotopes indicated they ate food and drank water from northern latitudes. Combined with the artifacts including sack coat buttons found with them, they were identified as Union soldiers.

By analyzing the teeth, joints, and bone structure of the two skeletons, scientists determined the first was a man in his late 20's who died as a result of injuries from an Enfield bullet striking his upper leg. Surprisingly, the bullet was still lodged in the femur bone, likely because it slowed as it passed through the man's cartridge box.
The second skeleton, estimated to be a man 30-34 years old, died as a result of a buck and ball shot to the upper arm, pelvis, and leg.  Both men were taken to the field hospital, but appear to have died without being operated on. Their injuries were too severe.

Research on the eleven limbs recovered from the surgeon's burial pit continues. By examining the cuts, it is possible to determine the skill of the surgeon and even his physical position relative to the patient. With help from historical records, researchers believe it may be possible to match the bones with a specific surgeon and maybe even the soldier they belonged to, a truly unique discovery. 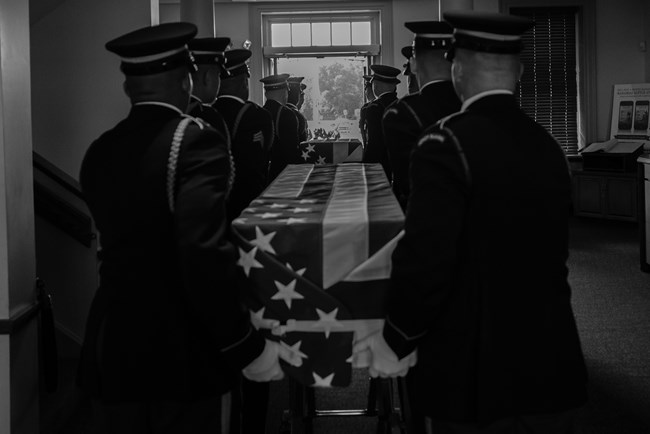 The Union soldiers engaged in the Second Battle of Manassas showed tremendous valor. On August 30, 1862, the day these soldiers were likely wounded, Federal troops were ordered to cross an open field, assailed by crushing artillery fire and withering infantry fire from an elevated, entrenched Confederate position. Like many others that day, these soldiers gave the last full measure doing their duty.

Discovering these soldiers' remains led to valuable research that has helped us better understand what happened during the Second Battle of Manassas and of Civil War medicine. Being laid to rest in Arlington National Cemetery will honor their memory and the sacrifice of so many service members throughout our nation's history.