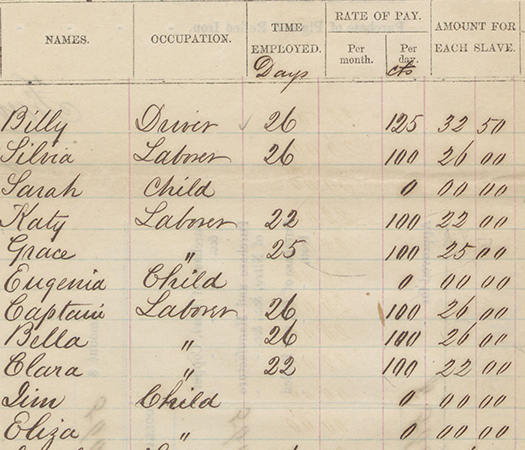 They are single lines, often with no last name, on paper yellowed but legible after 155 years, among thousands scrawled in loping letters that make up nearly 6,000 Confederate Slave Payroll records, a trove of Civil War documents digitized for the first time by National Archives staff in a multiyear project that concluded in January. Continued at  Full Text Link: National Archives
Posted by Rea Andrew Redd at 11:07 AM