CWL---Walking Gettysburg's Battlefield With The Wounded 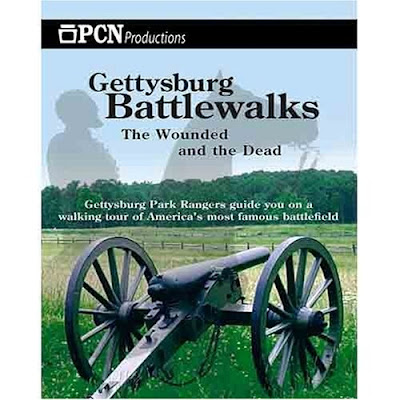 PCN Tours Gettysburg Battle Walks: The Wounded and the Dead,NPS Ranger Joseph Onofrey, Pennsylvania Cable Network, 72 minutes, 1996, released in 2006. Ensconced at the Slyder Farm at the base of Big Round Top, NPS Ranger Joseph Onofrey provides an overview of Civil War battlefield medicine. The Slyder Farm, also known as the Granite Farm, was at times both a battlefield and a Confederate triage station. The 74 acre farm was purchased by William Slyder in 1840 and the current house, built in 1852, has both his initials at the date carved into one of its stones.

In 1863 there were five occupants who after hearing the battle of July 1 which was between two and three miles away, and after waking up with the Federal 3rd Corps as their neighbors on July 2nd, skedaddled by noon. Onofrey relates the several types of physical exams that recruits received. One physical examination occurred as an entire regiment marched by a dortor. Other exams managed to let somewhere between 400 and 700 women into the armies. Noting the exceptions, Onofrey skips a description of the usual physical and the forms that were used. He focuses upon camp life sanitation, food, and sickness. 'Death By Frying Pan' is a portion of the presentation offers a wide range of information, from dessicated vegetables to the depth and width of the latrines and their location relative to the troops water supply. Paregoric, an opium derivative, calomel, castor oil, are discussed as well as the issue of mercury being a frequent ingredient in prescriptions. Typhoid struck 27,000 soldiers during the war; there were two million ounces of opium and quinine dispensed.

Onofrey discusses battlefield wounds caused by bayonets (.4 of 1%), the variety of artillery rounds, and lastly the minie ball. In the demonstration segment of the presentation, he lays out the surgeon's case and adds a discussion upon microbes. The location of triage/first aid stations and hospitals are discussed. While demonstrating how a leg was removed, he dwells upon laudable pus and pymea, a type of blood infection. Over all, Onofrey receives high marks for putting a lot of statistical and anecdotal information together within 72 minutes.

CWL, when not managing an academic library, teaching a U.S.survey course or reading, manages to find time to reenact the American Civil War as an infantryman, a Union medical service captain, a signal corps lieutenant, or Abraham Lincoln. Onofrey's presentation is a very good introduction to the topic of Civil War era medicine; I soon will be adding information regarding the artillery wounds to my own presentation.

Coincidentally, I an now re-reading Greg Coco's Strange and Blighted Land: Gettysburg and the Aftermath of the Battle. This book is highly recommended and compliments PCN Tours Gettysburg Battle Walks: The Wounded and the Dead. Also, readers would do well to add to their bookshelf Debris of Battle: The Wounded of Gettysburg by Gerard A. Patterson. For a further in dept understanding of the era's medicine buy or borrow (through inter-library loan)two very fine works on Civil War era medicine: Bleeding Blue and Gray and Gangrene and Glory. 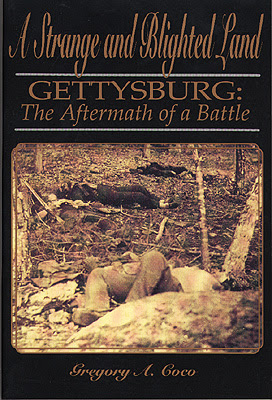