Off-Topic----The Black Banners of al-Qaeda: How To Successfully Interogate A Terrorist Without Resorting To Violence 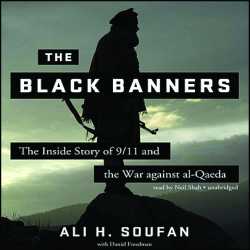 Ali H. Soufan, former Federal Bureau of Investigation interrogator and counter-terrorism operative, discloses the successes, failures, bureaucratic incompetence and turf protection of some federal agencies from al-Qaeda's declaration of war in 1996 through the death of Usama bin Ladin in 2012. Soufan is a Lebanese American who graduated in 1995 from Mansfield University, a institution in the Pennsylvania university system. 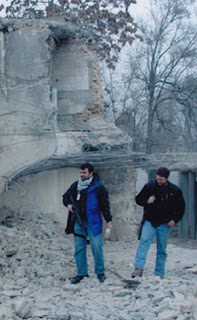 On September 11, 2001, FBI Special Agent Ali H. Soufan was handed a secret file. Had he received it months earlier, when he had requested it, the 9/11 attacks may have been prevented. From his beginning employment in 1995 through his 2005 departure from the FBI, Soufan interrogated prisoners and elicited some of the most important confessions from terrorists in the war against al-Qaeda. His method of interrogation used conversation only and he never used violence. Soufan provides intimate firsthand knowledge of the investigation into the October 2000 attack on the USN Cole in Yemin.  Al-Qaeda hideouts, CIA and FBI interrogation rooms, Guantanemo Bay and al-Qaeda in America are the environments are are revealed either by first hand observations or revealed in interrogations. Usama bin Laden's personal celebration of the 9/11 bombings, the mindset, personal lives of  terrorists as well as their thought processes and operate style are each presented.  The Black Banners: The Inside Story of 9/11 And The War Against Al-Qaeda essential and compelling reading.  Words, phrases and paragraphs within the text have been blackened out by order of the Central Intelligence Agency.