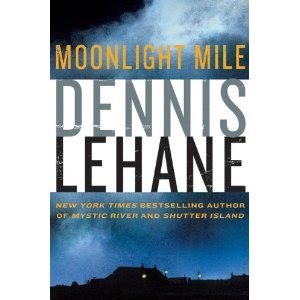 Moonlight Mile, Dennis Lehane, William Morrow Publishing, 326 pages, $26.95. So, Dennis Lehane. Shutter Island, HBO's The Wire, Mystic River, Gone Baby Gone, Prayers For Rain. Some of the best of the past twnety years' novels and films have come through his talents.

Moonlight Mile addresses sentimental and rational solutions to problems of child abuse, parenting, and a corrupt and violent world. A native of Boston, Lehane creates characters, dialog, and environments that reveal race, class and gender dilemmas in personal relationships and societial obligation that reflect the Dorchester section of Boston. Once fully Irish, Polish and Catholic and the neighborhood is still that but also black and Vietnamese.

Did Former police detective Patrick Kenzie do the right thing a decade ago when he located missing Amanda McCready, a missing four year old. He returned her to her crack addict mother. Her kidnappers were a stable middle class married couple. He hasn't had it easy time living with his decision.

In Moonlight Mile, Kenzie is now scraping along as a freelance PI, married to his former detective Angie Gennaro and their daughter. Learning that again Amanda McCready’s gone missing his conscience plucks at him. The gifted and manipulative 16year-old is again between two worlds. This time it is the world of her crack addicted mom and her paroled felone boyfriend the memory of being happy for a very short time. Creating a new world where she is happy, safe and out the law, Kenzie 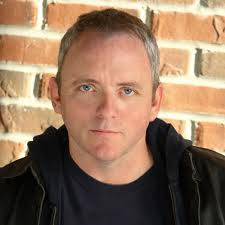 once again is contronted with a decision made over a decade ago. Now local tough guys, Eastern European mobsters, baby smugglers, are now the working environment of Patrick Kenzie and Angie Gennaro, former police detectives, recently married and first time parents.