Forthcoming and Noteworthy---Manassas: A Battlefield Guide 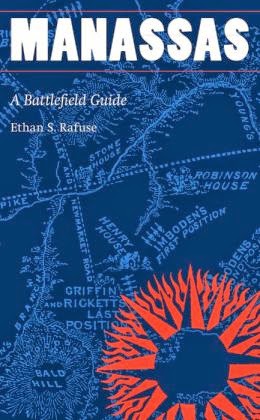 This volume is the essential guide to the Manassas battlefields, site of two of the Civil War’s critical campaigns. Ethan S. Rafuse, a distinguished scholar of the Civil War, provides a clearly organized, thorough, and uniquely insightful account of both campaigns, along with expert analysis and precise directions for armchair traveler and battlefield visitor alike.

The July 1861 Battle of First Manassas and the August 1862 Battle of Second Manassas unequivocally influenced the course and outcome of the Civil War. The first battle dealt a decisive blow to hopes that the inexperienced armies of the North and the South could bring about a quick military resolution of the secession crisis. The second battle was the climactic engagement of a spectacular campaign that carried the war to the outskirts of Washington DC and marked the coming of age of Robert E. Lee’s Army of Northern Virginia.

Manassas: A Battlefield Guide presents readers with a clear, convenient guide to the sites in northern and central Virginia that shaped the course and outcome of these campaigns. Lucid, concise narratives give readers a better understanding of the events that took place on these battlefields and of the terrain, personalities, and decisions that shaped them.

Ethan S. Rafuse is a professor of history at the U.S. Army Command and General Staff College and has led staff rides and tours of historic battlefields for many military and civilian groups. He is also the author of several books, including Antietam, South Mountain, and Harpers Ferry: A Battlefield Guide (Nebraska, 2008) and McClellan’s War: The Failure of Moderation in the Struggle for the Union. 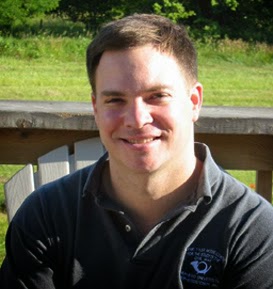 Blurbs: “This guidebook explores the campaigns of Manassas like no other. It will take you to obscure places long forgotten and accord them significance; it takes the familiar and illuminates them in ways not done before. Well written and dashed with analytical twists both thoughtful and helpful, Dr. Rafuse’s work is by far the best of its kind.”—John Hennessy, author of Return to Bull Run: The Campaign and Battle of Second Manassas

“No other work juxtaposes Lincoln’s writing and speeches with contemporary commentaries and criticism of him. Rawley’s careful selection of these documents and his judicious interweaving of his historical analysis and background come together to create a powerful dialogue with the reader as well.”—From the foreword by William G. Thomas

CWL:   Manassas: A Battlefield Guide is fifth volume in the This Hallowed Ground: Guides to Civil War Battlefields edited by Brooks D. Simpson, Mark Grimsley and Steven E. Woodworth.   Other volumes in the series include guides for 1] Antietam, South Mountain and Harpers Ferry, 2] Gettysburg, 3] Chickamauga and 4] Wilson's Creek, Pea Ridge and Prairie, Grove. CWL owns and frequently uses 1], 2] and 3].  These books are dashboard friendly for driving tours and readable at home. Both the maps and the narrative are clear, concise and cogent.

Lower Image is of the author, Ethan Rafuse.
Posted by Rea Andrew Redd at 12:26 PM