New and Noteworthy--- The River Was Dyed With Blood: Nathan Bedford Forrest And Fort Pillow 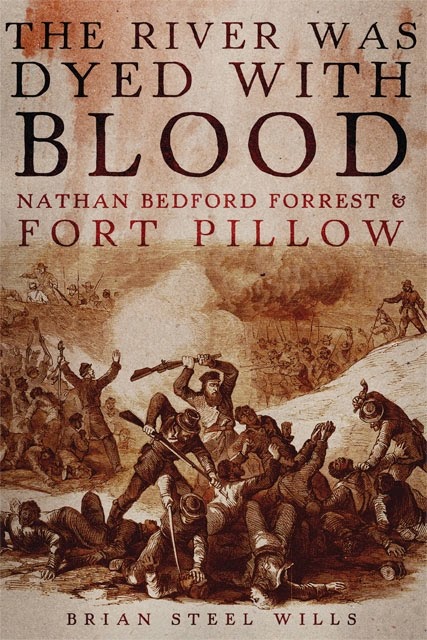 The battlefield reputation of Confederate general Nathan Bedford Forrest, long recognized as a formidable warrior, has been shaped by one infamous wartime incident. At Fort Pillow in 1864, the attack by Confederate forces under Forrest’s command left many of the Tennessee Unionists and black soldiers garrisoned there dead in a confrontation widely labeled as a “massacre.”

In The River Was Dyed with Blood, best-selling Forrest biographer Brian Steel Wills argues that although atrocities did occur after the fall of the fort, Forrest did not order or intend a systematic execution of its defenders. Rather, the general’s great failing was losing control of his troops.

A prewar slave trader and owner, Forrest was a controversial figure throughout his lifetime. Because the attack on Fort Pillow—which, as Forrest wrote, left the nearby waters “dyed with blood”—occurred in an election year, Republicans used him as a convenient Confederate scapegoat to marshal support for the war.

After the war he also became closely associated with the spread of the Ku Klux Klan. Consequently, the man himself, and the truth about Fort Pillow, has remained buried beneath myths, legends, popular depictions, and disputes about the events themselves.

Wills sets what took place at Fort Pillow in the context of other wartime excesses from the American Revolution to World War II and Vietnam, as well as the cultural transformations brought on by the Civil War. Confederates viewed black Union soldiers as the embodiment of slave rebellion and reacted accordingly.

Nevertheless, Wills concludes that the engagement was neither a massacre carried out deliberately by Forrest, as charged by a congressional committee, nor solely a northern fabrication meant to discredit him and the Confederate States of America, as pro-Southern apologists have suggested. The battle-scarred fighter with his homespun aphorisms was neither an infallible warrior nor a heartless butcher, but a product of his time and his heritage.

Blurb:  "Readers of Brian Steel Wills's biography of Nathan Bedford Forrest, A Battle From The Start, know the quality of his work.  Wills now gives us the most comprehensive, dispassionate, and objective look wer are likely to get of Fo rrest's most controversial momnet---those awful minutes at Fort Pillow, Tennessee, when warfare briefly became butcher.  The River Was Dyed With Blood must become our safest guide through the murky terrain that separates soldiery frrom savagery, and how participants and posterity choose to remember moments many would rather forget."  William C. Davis, author of Fighting Men of the Civil War among others.
Posted by Rea Andrew Redd at 3:00 PM