News---GNMP Licensed Battlefield Guides' Test To Be Updated by Late 2015 During GLBG Association's 100th Year; No Test in 2014 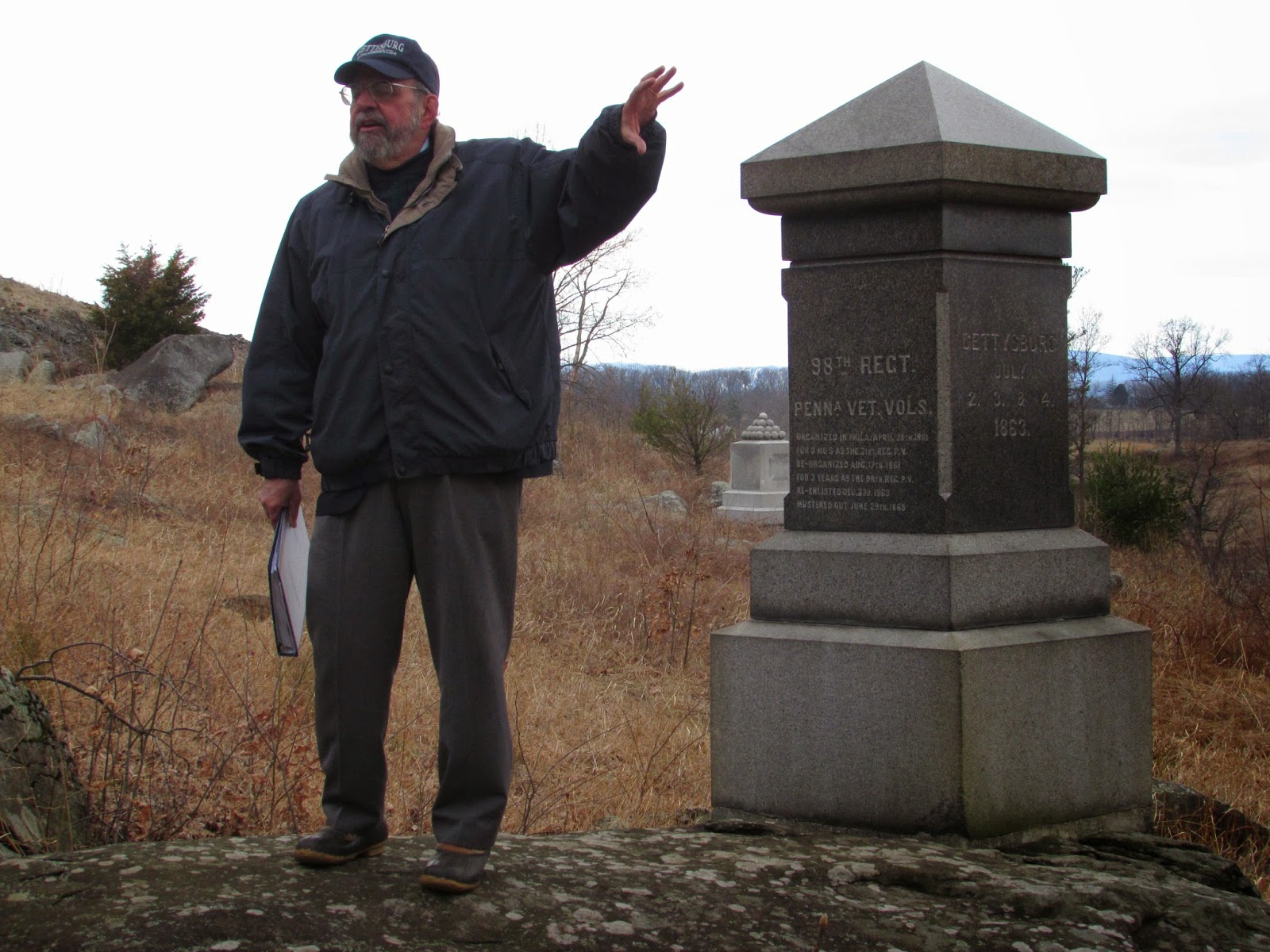 Jarrad Hedes of The Gettysburg Times newspaper reports that GNMP [Gettysburg National Military Park] superintendent  Ed Clark will review and update within the next year and a half the testing process for prospective Gettysburg Licensed Battlefield Guides [GLBG]. "What we want to do is come up with a way to give guides a greater understanding of the testing process and procedure.  The exams need to be difficult and challenging, but efforts need to be made to greater prepare applicants to take the test," said Clark as  reported by Hedes.

The 2012 exam was taken by 149 applicants and 20 moved on to a preparatory seminar held in early 2014. Of those 20, eight has so far taken the oral exam and three have passed.  The oral exam consists of a two hour tour for a NPS ranger and an ALBG member. Impacting content and delivery of  current tours are the means by which audience travels the battlefield.  Possibilities include automobile, horseback, horse and wagon, bicycle, and Segway. "Depending on how you take the tour, it's going to be different," said Angie Atkinson to Hedes.  Atkinson is the GNMP supervisory park ranger. Clark reported to Hedes that 12 of the 20 candidates from the most recent text still must take an oral exam; he feels the number current number of GLBGs along with the successful candidates of the 2012 test will suffice for the coming two years.

This is a summary of Jarrad Hedes'  story located on the front page of the Gettysburg Times
for April 4, 2014.

Image Source: Civil War Librarian LLC.    The image is of GLBG Guillermo Bosch on April 5, 2014 at the 98th Pennsylvania Regiment's Monument on the north west slope of Little Round Top.
Posted by Rea Andrew Redd at 7:41 PM