The 1st Annual Gettysburg 19th Century Base Ball Tournament will be held on July 17 and 18, 2010 and 6 clubs will compete for the 1st Championship. The Tournament will take place at Hickory Hollow Farm which is less than 3 miles from the center of Gettysburg going west on Lincoln Highway (Route 30).

Matches will start at 10:00am, Noon, and 2:00pm on Saturday and 10:00am and Noon on Sunday. Keep an eye on this website for the full schedule. When you come to the event, you will see base ball (two words) played the same way it was played in 1864 with the same style equipment and uniforms and clubs playing by the same rules and customs as was used at the end of the Civil War. In the Union Division the featured clubs are the Pittsburgh Franklins BBC, the Somerset (Pa) Frosty Sons of Thunder and the Flemington (NJ) Neshanock. The Confederate Division features the Eclipse Base Ball Club of Elkton (MD), the Talbot Fair Plays (MD) and the Diamond State BBC of Delaware. Each Confederate club plays each Union club. The two clubs with the best record will play for the championship regardless of division.

This weekend, Gettysburg will witness base ball the same way it did in 1864. Six clubs are gearing up to come to town to show the public how the great American Pastime got started. These clubs will be playing base ball the same way it was played in the mid 1860s using the same style uniforms and equipment and playing by the same rules and using the same customs and language as was used during the end of the Civil War. 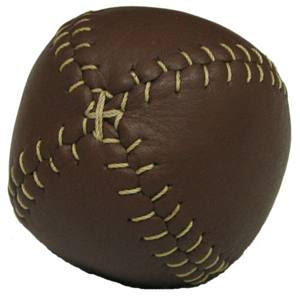 Starting at 10am, 2 matches will start as President Lincoln, General Grant and General Lee will be on hand to throw out first balls during the day. Matches are in 2 blocks on Saturday starting at 10am, Noon, and 2pm. Sunday there is one more round of regular match play at 10:30 and then at 12:30 are the championship rounds.

Fans who come out will not only see the games, they can also see Lincoln, Grant and Lee as well as hear stiring renditions of Casey at the Bat and much more. There will be people all over to help you understand the rules and customs and to let you see what a 19th century bat and ball looked like. Free admission and free parking. Concessions by Gettysburg Eddies so bring a picnic basket or enjoy a great lunch by Gettysburg Eddies. Stop by Gettysburg Eddies on Friday and/or Saturday night and meet the ball players and hear all about this soon to be great tradition in Gettysburg!