Off Topic---The Dude and The Coen Brothers Abide 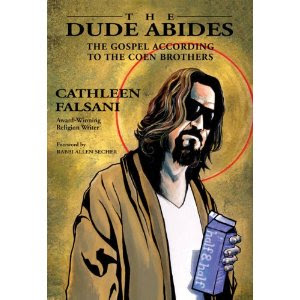 In the 1980s after viewing the first two Coen Brothers films, Blood Simple and Raising Arizona, I had my eyes wide open to fact that these two guys well understood film making, plotting, and existential ethics cast in a Judeo-Christian mold. An avid reader of works by Dashiell Hammett, Raymond Chandler, Ross MacDonald, and James M. Caine, I longed for Hollywood to get the noir detective genre right, again.

Chicago Sun-Times religion journalist Cathlee Falsani immerses herself in the 14 films of Joel and Ethan Coen and asks spiritual and religious questions of the films. Does the Coen brothers' dark humor, verbal slapstick comedy, grim judgments and bleak contexts offer an avenue to the deeper issues of death, betrayal, greed, loyalty in an environment in which God appears to be absent? Do the Coen brothers' film characters show the dire consequences of their choices? Are the filmakers' complex themes clearly presented so their notions of morality are apparent?

Falsani states that these films are not overtly religious, but the films do successfully convey the Coen brothers' spiritual insights into the human condition. She discusses each of the Coen brothers' films, from their debut, Blood Simple(1984), through A Serious Man (2009). Falsani's chapters contain a plot summary and concludes with a discussion of what lessons the film offers. These section are entitled 'The Moral of the Story'. She is adept at offering a nuanced analysis of pop culture, Judeo-Christian heritage, and the art of storytelling.

The Dude Abides: The Gosple According to the Coen Brothers is accessible to The book also is attractive to those who have seen all the brothers' films, twice. Ranging from iconoclastic comedies such as Raising Arizona and The Big Lebowski to an unblinking treatise on the nature of evil in No Country for Old Men, the Coen brothers have created moral universes in which some of life's essential questions are asked--if not always answered. 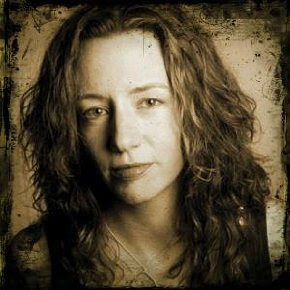 So how do the Coen brothers understand the meaning of life, the possibility of enlightenment, the nature of truth and enduring love> Falsani examines the films, her own personal experiences, her spirituality, and the intersection of the Coen brothers media and her own journalistic profession of asking questions and getting answers.

Cathleen Falsani, author of Sin Boldly: A Field Guide for Grace , The Dude Abides, and The God Factor: Inside the Spiritual Lives of Public People and The Thread: Finding a Sacred Place in Cyberspace. She is a columnist for Religion News Service, and a contributing editor and columnist for Sojourners Magazine and its blog, God's Politics. Most recently, she added her name to the masthead of Sojourners magazine as a contributing editor and columnist. Her work has appeared in Rolling Stone, Christianity Today and Christian Century magazines, as well as the Washington Post, Chicago Tribune, Kansas City Star, Madison Capital Times, and many other newspapers across the nation.

She holds a master's degree in journalism from Northwestern University as well as a master's degree in theological studies from Garrett-Evangelical Theological Seminary. She has also been a Media Fellow at Duke University, a Gralla Fellow in Jewish Studies at Brandeis University, and was the 1996 Stoody-West Fellow in Religious Journalism. Presently she is a Divinity School Media Fellow at Duke University.