News---That Was Then, This Is Now: South Carolina's Plantations Talk About Slavery 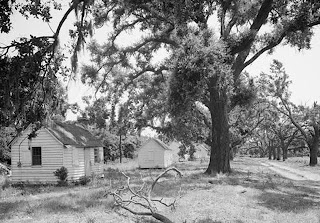 Charleston, S.C. Here, in this lovely town, once one of the most prosperous in the American colonies, there is no escape. In the Old Slave Mart Museum that opened in 2007, you read: “You’re standing in the actual showroom, the place where traders sold — and buyers bought — American blacks who were born into slavery.”

Or go to Drayton Hall, a local plantation hewn out of the Low Country landscape by hundreds of slaves, who also made its rice fields so profitable. At a clearing in the woods near the entrance, you see an information panel and a memorial arch: this was a “burying ground,” used at least as early as the 1790s, where the plantation’s slaves buried their dead.

Or drive to Boone Hall, another local plantation, which you approach through an avenue of moss-draped ancient oaks that leads visitors to the main house: you see a row of rare brick slave dwellings, placed so no visitor could have missed the immense wealth in human chattel. At one time, these one-room homes were joined by others on each side of the road, creating corridors of the enslaved, ushering guests to the master’s domain.

Or walk into the almost Italianate backyard of the Aiken-Rhett House in town, in which William Aiken Jr., who served as South Carolina’s governor, lived in the mid-19th century. Listen to the audio tour explaining that this was a work yard, and that such yards “were part of every town house in Charleston in the first half of the 19th century and were the domain of slaves.”

The house, together with the yards, we learn, “is referred to as an urban plantation.” And though Aiken was, by all accounts, an enlightened master (and an opponent of South Carolina’s secession), he was also the third-largest slaveholder in South Carolina.

Slavery and its heritage are everywhere here. Charleston was one of the main colonial ports of the 18th century, dealing in rice, indigo and slaves. In 1860 South Carolina held as many slaves as Georgia and Virginia, which were at least twice its size. The genteel grace and European travels of its wealthy citizens were made possible by the enslavement of about half the population.

So on a recent visit, I searched for a public display of an understanding of that American past and its legacy. After all, is there any more vexed aspect of this country’s history than its embrace and tolerance of slavery? And is there any aspect of its past that has been less well served in museums, exhibitions and memorials? 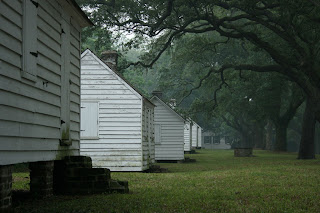 The sesquicentennial of the Civil War that is about to be commemorated means that it has been nearly 150 years since American slavery was brought to an end. But even in the North, the subject is still approached with caution, delicacy and worry. It inspires profound shame, guilt, anger, recrimination and remorse, aimed in many directions for many reasons on both sides of a racial divide. . . . .

At one plantation, Middleton Place, where restored 18th-century formal gardens and an exquisitely contoured landscape have won landmark status, descendants of slaves and of the plantation family have had a tradition of recalling their Middleton connections in separate gatherings. But at such gatherings, Charles Duell, the president of the nonprofit Middleton Place Foundation, which owns the plantation, has written: “Slavery was never mentioned. The subject was uncomfortable, very uncomfortable — not forgotten, but deeply sublimated.”

Slavery, he adds, was “simply not discussed within the family, or by employees, or with visitors to the Gardens.” Then, in 1991, a wood-frame house in which freed slaves had lived from the 1870s was restored as Eliza’s House, to show the living quarters that served generations of workers. In 2005 half of Eliza’s House was used to mount an exhibition still on display that tells the history of slavery and free black labor on the plantation, complete with the names and cost of each slave — some 2,600 people in all.

The dedication of the black burial ground at Drayton Hall last October also suited a broader plan developed by the hall’s executive director, George W. McDaniel. The plantation, now owned by the National Trust for Historic Preservation, does not only display its stunning Palladio-style house (which is meticulously unrestored), but also interprets the plantation with special attention to its slaveholding past.

A similar approach has been taken by the Historical Charleston Foundation, which owns the Aiken-Rhett House. The place has been so well preserved that its slaveholding records and the intact buildings provide what it describes as “one of the most complete records of an urban slave community in Charleston, and also the South.”

So out of a long tradition of silence has come a belated acknowledgment of slavery’s centrality and an attempt to explore it. But something more systematic is needed. The subject is far from neglected in the Charleston Museum, but neither is it fully addressed. The Avery Research Center for African American History and Culture at the College of Charleston plays an important role, but the difficulties are considerable, and not just because until recently the subject itself was not thought of as worthy of this kind of attention. 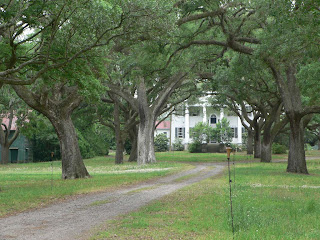 Historians of slavery must track census data and demographic information, commercial records and archaeological finds. There are few surviving objects or dwellings, and aside from important oral histories, there is scant documentation from slaves themselves. At the beginning of the 20th century, in fact, the field was dominated by Southern historians who gave the institution of slavery a paternalistic veneer. It was only in the 1930s that the historian Frederic Bancroft began piecing together the evidence showing just how important the domestic slave trade was. And that meant, to put it mildly, that slave families and owner loyalties were far less secure than previously portrayed.

The history has evolved since then, but it is still fitting that one of the most informative sites about slavery in Charleston is, despite its modest size and resources, a museum that focuses specifically on the slave trade and is housed in a building that during slavery’s last established years was one of the South’s primary slave markets: The Old Slave Mart Museum. Under the direction of Nichole Green, and with Elaine Nichols as curator, the museum, owned by the City of Charleston, is not a repository for objects, but a place where a narrative history is adroitly and soberly told, mostly on mounted wall panels. Part of that history is reflected in the building itself.

The trans-Atlantic slave trade had been forbidden by Congress in 1807, but that meant that the domestic trade became all the more important. Between 1789 and 1865, we learn, more than a million American-born slaves were sold in the South. In Charleston, they were mainly sold outdoors, near the Old Exchange Building . But eventually there were complaints about crowds obstructing traffic, and, more important, perhaps, as tensions with the North increased, sales of human beings were attracting critical attention. The city banned outdoor slave sales near the Exchange after July 1, 1856. That was the very day that “Ryan’s Mart” opened indoors, becoming the most important showroom in Charleston.

The museum doesn’t pretend to present a history of slavery, or an account of its abolition (though on the second floor, a traveling exhibition purchased from the Schomburg Center for Research in Black Culture, in New York, does address the subject). It simply chronicles the domestic trade. There is nothing here still redolent of such barter —the backyard prison, kitchen and outbuildings are long gone — but it doesn’t matter. The transformation of a slave showroom into a slave-trade museum gives a poignant edge to the account, in which an auction of slaves could resemble a sale of used cars.

The most valuable workers sold for nearly $40,000 in 2007 dollars (a chart of costs is shown). Hundreds of slaves, it is evident, could be worth more than the plantation they worked on. We read, too, that most white Southerners didn’t even own slaves. But slavery’s presence was widely accepted as natural. 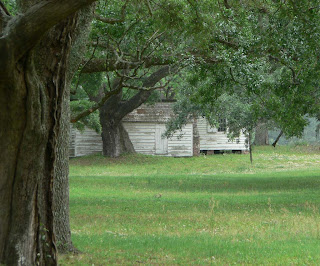 Spend an hour here, and it starts to seem all the more remarkable that a museum has not undertaken a more ambitious examination of the subject. That will be one of the challenges for the National Museum of African American History and Culture in Washington, which is scheduled to open in 2015. In the meantime, remnants of slavery’s presence are so prevalent here that it becomes poignantly evident just how major an achievement is reflected by slavery’s enduring absence.