New---Clash of Democracy's Zealots, Full of Irony and Hypocrisy 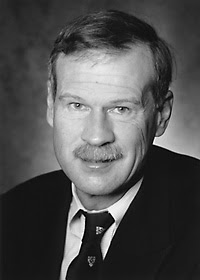 For historians of the United States, the middle years of the 19th century present an exceptional challenge. How does one capture the meaning of a half-century in which Americans elected first Andrew Jackson and, later, Abraham Lincoln president; fought the Mexican War and the Civil War; flocked to millennarian creeds; joined or clashed with movements for the rights of black people and women and workers of all races; endured the shift from a decentralized agrarian society to a united, industrial powerhouse; and lived in a country that more than doubled in territory and quadrupled in population?

The titles of major works attempt to convey the outsize significance of the times. “The Rise of American Democracy” and “The Market Revolution” produced “The Second American Revolution.” “Reconstruction: America’s Unfinished Revolution” followed “The Battle Cry of Freedom.” The number of rich, absorbing narratives about this period easily outstrips the quantity of those devoted to any other slice of the nation’s past.

Walter A. McDougall is not impressed. He begins Throes of Democracy: The American Civil War Era, 1829-1877, his own fat survey, with a fire in 1835 that destroyed much of Lower Manhattan and concludes it with an admiring portrait of the prolific writer and editor Orestes Brownson, who abandoned his youthful radicalism for a steadfast conviction that the United States was doomed unless its citizens embraced the eternal truths of the Roman Catholic Church. While McDougall, a professor of history at the University of Pennsylvania, covers all the major events and social forces of the era with great energy and wit, his tone is relentlessly ironic. All the sound and fury signify little to him besides Americans’ extraordinary talent for wrapping their bloodletting and money-making in thick layers of moralistic pretense. 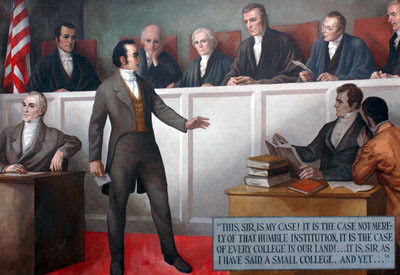 McDougall keeps smiling at the foolishness of those mortals who spout and stumble across his pages. Daniel Webster, the great Whig orator, was “a man of strong Yankee principles, ... never religious except insofar as he worshiped himself.” The abolitionists, much honored by posterity, were actually “the most feeble reform movement” of the era, in part because their eccentric ideas and behavior alienated “ordinary Americans, just as the behavior of hippies damaged their peace movement in the 1960s.” And the unruly, plebeian throng that flocked to Jackson and made the Democrats the party to beat in the decades before the Civil War? “Americans of many sorts were in one bad mood or another between 1819 and 1850,” McDougall comments. “They were against many things and sensed that Jackson was, too.” Their discontent, he explains, was “an inevitable consequence of free markets in power, wealth and pursuits of happiness.”

Such judgments, like his regard for Brownson, reveal the author’s particular conservative worldview, an old-fashioned one closer to that of Edmund Burke than of Ronald Reagan (who was fond of quoting Thomas Paine’s line “We have it in our power to begin the world over again”). McDougall does not deny that the persistence of racial bigotry and urban poverty betrayed the ideals trumpeted ad nauseam by politicians and evangelical preachers. But all the mighty efforts to forge a more equal, more humane order strike him as overblown and oversold. The result is the most unromantic narrative of 19th-century America I have ever read. 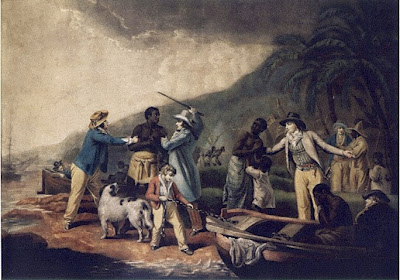 McDougall is a Vietnam veteran, which may help explain why he is most sober when writing about war, both the war with Mexico and the bigger one between North and South. He goes beyond the now standard argument that the earlier conflict was an act of raw conquest justified by the messianic promise of Manifest Destiny. In McDougall’s mordant rendering, it was “the climactic achievement of the republic founded in 1776” because it exposed the notion of a peaceful democracy sharing its gifts with the world to be “a pretentious fraud.” The army that claimed the inglorious victory was a sorry lot as well. Large numbers of recruits “mutinied, deserted, malingered, rebelled and died.” And seven times more soldiers died away from the battlefield, mostly of disease, than in combat.

McDougall’s similar attitude toward the Civil War and its aftermath may elicit several gigabytes worth of academic controversy. He has no patience for the view that the fight to preserve the Union was justified because it led to the emancipation of four million African-Americans. In his view, zealots on both sides stoked an inferno of mistrust, as “each section’s rational measures of self-defense looked to the other like mad provocations.” The messy, incomplete Reconstruction that followed a war in which more than 600,000 died only increased the hatred white Southerners felt toward their former slaves. McDougall scoffs at those who praise Reconstruction as “a simple morality play” between crusaders for racial equality and their enemies. Instead, he compares it to the American invasion of Iraq, an adventure that began with high ideals and may end as an embarrassing failure.

The analogy is flawed: former Confederates had far more in common with Unionists than Iraqi insurgents do with American occupiers. But by proposing it, McDougall affirms his fundamental distaste for any attempt to remake one’s society, or any other. Like Mark Twain, a rare 19th-century figure whom he admires, McDougall mocks “in suitably palatable fashion” the myth that Americans were a decent people eager to share the blessings of democracy. Because he writes exceedingly well, this makes for a history that is bracing to read, even if one questions its premises and conclusions. 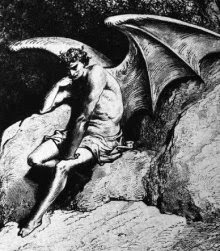 Yet the conception of the work is a good deal less satisfying than its parts. “Throes of Democracy” is the second installment in a projected multivolume history of America from its colonial birth pangs to the present. McDougall began the first volume, “Freedom Just Around the Corner: A New American History, 1585-1828,” with the arresting statement that the United States was “the central historical event of the past 400 years.” It is, he declared, “the mightiest, richest, most creative civilization on earth — a civilization that perturbs the trajectories of all other civilizations just by existing. Not only was the United States born of revolution; it is one.” But to interpret the Civil War era as a history of self-deception on a grand scale ends up making that civilization look rather small.

It’s useful to have a rebuttal of the progressive views most contemporary historians hold, and McDougall does so with verve, if not always cogently. However, one can find mendacious and deluded souls aplenty in any land, during any era. The critical events that took place at the heart of the 19th century did much to transform the United States into the power for good and ill it subsequently became. Depicting most of the people responsible for these radical changes as hypocrites and fools undermines McDougall’s own argument. To debunk what Americans thought they were doing does not help us understand the meaning of what they did accomplish. McDougall may view the United States as a revolutionary success, but his image of those pivotal years looks more like failure.

Michael Kazin’s most recent book is A Godly Hero: The Life of William Jennings Bryan. He teaches history at Georgetown University.