Off Topic Novel---Issac Newton and Security at the Royal Mint 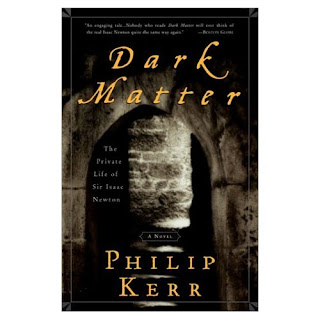 I have long been a fan of Philip Kerr's work with both historical and contemporary settings. Dark Matter is set in the 1697 during King William's war with France. The English currency in coin needs to be reorganized and re-minted because it has been shaved so often. Coins have been cut into pieces of eight and the troops need to be paid with good hard coins. Kerr sets the mystery in the Royal Mint which is adjacent to the Tower. Isaac Newton, leaves the academy for a patronage position as Warden of the Royal Mint and discovers several plots to either slow production of the coins or incite violence towards the Catholic minority, which may have sympathies for King Louis of France. Intercepted letters in code and murders plague the Royal Mint. Kerr's deft hand depicts both the historic situation and the material world of late 17th century England without upsetting the development of plot and character.

The hallmark of good fiction with an historic setting is 'showing not telling.' There are no tiresome paragraphs that appear to be paraphrased encyclopedia entries. The reader comes away with an entertaining story and wonderful historic details. Taverns, soldiers' quarters, diet, 'night soil' collection and the intricacies smithing coins and domestic politics are described in the course of the characters touching on them. Kerr's knowledge of the 17th century English domestic setting is the background not the foreground of the story. 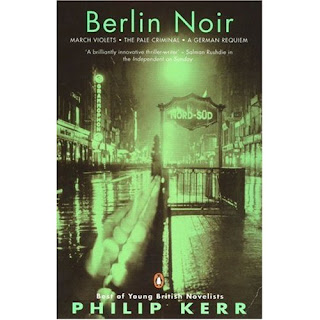 CWL further recommends Kerr's detective series that is set in Germany during the decades before, during and after WWII. The protagonist of the series is Bernie Gunther, a Berlin police detective who avoids membership in the growing Nazi Party, works occassionally with the conquering Russians and is barely tolerant of the conquering Americans. Throughout the series Gunther's reflections upon Germany and the Nazi regime have the ring of truth as the detective struggles to keep his notion of justice intact and pragmatically keep his position as a policeman. At times he fails to do both but makes peace with himself and those, alive and dead, around him.
There are five books in this 'Berlin Noir' series. 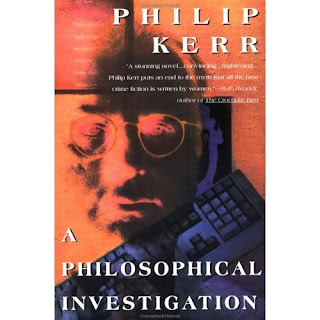 One of CWL's favorites with a contemporary setting is Dead Meat that set in the Russia during the period immediately before the glasnost era. A Philosophical Investigation, which is set in the near future of 2013 and deals with a person, who has be labelled as having a dispositon of a serial killer, deciding that if indeed that what he is then his victims will be serial killers. Readers who like grappling with the implications of technology, or think about alternatives to capital punishment, or enjoy handling questions of criminality from a philosophical direction will enjoy A Philosophical Investigation.
Posted by Rea Andrew Redd at 9:13 PM