News---Gettysburg, The Electric Map and the Rosensteel Family: A Battle Continues 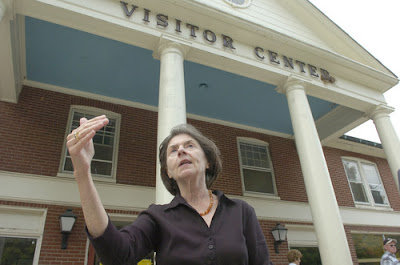 Two days after the bloodiest battle of the Civil War, a 16-year-old boy named John H. Rosensteel walked onto the battlefield to help bury the dead. He found the body of a Confederate soldier, a boy about his own age, and picked up a rifle lying near him. The rifle was the first item in what would become the largest private collection of Gettysburg relics, as well as a family legacy.

Since that day in July 1863, Rosensteel's descendants have acquired and preserved tens of thousands of battle artifacts and shared them with the public. One family member built a museum along the Union battle line in 1921 to house them. Another created the building's famous electric map, which has educated generations about the Gettysburg battle by using colored lights to depict troop movements.

Now the museum — which the family sold to the National Park Service decades ago — is about to be razed. A new $103 million museum and visitor center will open nearly a mile away next month. The old site will be restored to the way it looked in 1863 — a quiet spot amid rolling fields. While the thousands of Rosensteel artifacts will provide the historical core of the exhibits at the new center, the electric map might be headed for the scrap heap — a blow to family members, including Emily Rosensteel O'Neil of Guilford, Conn.

O'Neil, the great-niece of the boy who collected that first rifle, doesn't object to demolition of the old museum, but she is fighting to preserve the map, which her father, Joseph Rosensteel, completed in 1963, about a year before he died of cancer. Park officials plan to cut the map — a sloped cement slab about the size of a backyard swimming pool — into pieces, wrap it in plastic and store it in a barn with no definite plans to display it again. O'Neil argues that the map remains a valuable educational tool.

"It is just an incredible way to visualize those three days" of the battle, she says. "The actual intent that my father had remains viable and extremely important to so many people." For years, the Rosensteels made their home in part of the museum building, and as a little girl, O'Neil slept above rooms that held cannon balls as big as grapefruits, tattered uniforms and bibles found in the pockets of dead soldiers. She and her siblings roamed the battlefields, ducking behind monuments for games of hide-and-seek. 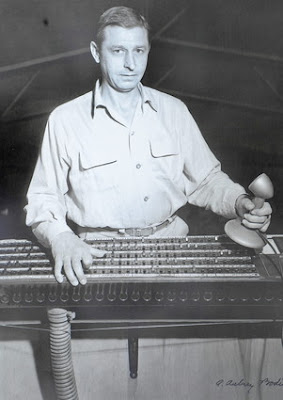 She was in charge of keeping her younger siblings quiet while her father lectured to museum guests. All the children learned his words by heart — particularly the text that accompanied the electric map, which one brother liked to recite at the dinner table. "As a child, I grew up knowing that the most important thing in our family was the museum. Our family life revolved around it. This is our history," says O'Neil, 66, who retired from teaching last year. She taught for 30 years, retiring from Sacred Heart St. Peter's School in New Haven after 24 years there as a pre-K and kindergarten teacher. She and her husband, Tom, moved to Connecticut 31 years ago. They've lived in Guilford for the last 10 years.

In 1972, the Rosensteel family sold the map, the museum and the land on which it sits to the National Park Service for $2.6 million. They donated the trove of artifacts — which by then numbered more than 38,000. The family isn't alone in its fight for the map. Kathi Schue, president of the Gettysburg Battlefield Preservation Association, says she first saw the map when she was in fifth grade and later returned there with her own child.

"The electric map is a national treasure," she says. "Do you know how many thousands of school kids have seen that map in the past 40 years? The things that they will be most likely to take away from their experience are the monuments and the map."
John Latschar, superintendent of the Gettysburg National Military Park, agrees that the map is "an icon of its age," but adds that it is "one hundred percent antiquated." The new museum and visitor center, which will include two movie theaters and 12 galleries, will explain the battle through exhibits designed to appeal to youth accustomed to the Internet and video games, Latschar says. "The electric map concept, which is to orient people to the movement of troops on the battlefield, will be done much better in the new museum," he says.

Inside the old museum, the map room itself appears frozen in time. After paying $4 admission, visitors settle into slate gray folding chairs overlooking the concrete relief map. A portrait of O'Neil's father, hangs under the podium where he used to lecture. For decades after Rosensteel's death, a recording of his voice accompanied the presentation, but it was replaced in the 1980s. Rosensteel made an early version of the map in 1939, when he was 25, but wanted to create a bigger and better one for the battle's centennial. O'Neil recalls seeing her father crouched on his hands and knees, plotting dimensions on the map. He labored over recording the voiceover, she says, because he had already been weakened by the cancer that would claim his life.

Jim Campi, a spokesman for the Civil War Preservation Trust praises plans for the new museum and visitor center, which he calls "one of the most exciting Civil War projects on the books right now," but says that he hopes a new home can be found for the map. Campi, who recalls seeing the map for the first time when he was a teenager suggests that the map could be displayed at an event commemorating the 150th anniversary of the battle in 2013. "It's antiquated, yes, but it's a great piece of Gettysburg history." The superintendent says that he would be willing to donate the map to a government agency or nonprofit, but so far, he says, no group with the resources to transport, maintain and display the map has stepped forward. The map could not simply be handed back to the Rosensteels, he says, because it's now federal property.

O'Neil said the family never intended to reclaim the map but would like a nonprofit to have it and may have one that is interested. The museum will close April 13 and that will be the last opportunity to view the map unless a nonprofit is found, she said. O'Neil said she doesn't understand why the map should languish in storage. "I want the map to remain viable and I will do anything in my power to make that happen," she says. "I feel it's very sad and it's wrong that the map is going to be put in storage. This was my father's creation. This was his masterpiece." 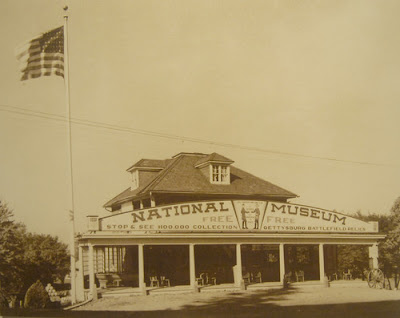 Maybe there is a chance to save this icon if people will get together to help.