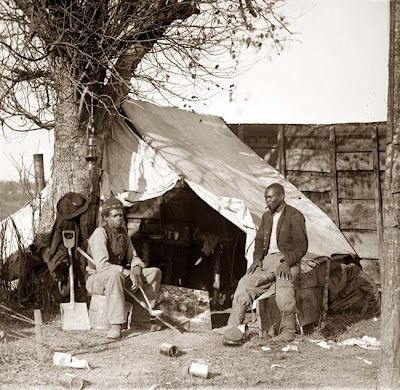 Black soldiers in the American Civil War were far more likely to die of disease than were white soldiers. In Intensely Human, historian Margaret Humphreys explores why this uneven mortality occurred and how it was interpreted at the time. In doing so, she uncovers the perspectives of mid-nineteenth-century physicians and others who were eager to implicate the so-called innate inferiority of the black body.

In the archival collections of the U.S. Sanitary Commission, Humphreys found evidence that the high death rate among black soldiers resulted from malnourishment, inadequate shelter and clothing, inferior medical attention, and assignments to hazardous environments. While some observant physicians of the day attributed the black soldiers' high mortality rate to these circumstances, few medical professionals—on either side of the conflict—were prepared to challenge the "biological evidence" of white superiority.

Humphreys shows how, despite sympathetic and responsible physicians' efforts to expose the truth, the stereotype of black biological inferiority prevailed during the war and after. Margaret Humphreys is the Josiah Charles Trent Professor in the History of Medicine, a professor of history, and an associate clinical professor of medicine at Duke University. She is the author of Malaria: Poverty, Race, and Public Health in the United States, also published by Johns Hopkins.

Text: supplied by the publisher
Posted by Rea Andrew Redd at 10:22 AM