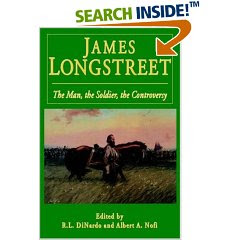 Southern by the Grace of God but Prussian by Common Sense: James Longstreet and the Exercise of Command in the U.S. Civil War, Richard L. DiNardo, Journal of Military History, October 2002, pp. 1011-1032; and
Longstreet and Jackson Compared: Corps Staff and the Exercise of Command in the Army of Northern Virginia, R.L. DiNardo in Longstreet: The Man, The Soldier, the Controversy, R.L. DiNardo and A.A. Nofi, eds, Combined Publishing, 1998, pp 165-190.

In recent years the issue of how generals transmitted orders has been addressed, in a direct way, by scholars. The Right Hand of Command: Use and Disue of Personal Staffs in the Civil War by R. Steven Jones (2000) and Buff Facings and Gilt Buttons: Staff and Headquarters Operations in the Army of Norther Virginia, 1861-1865 by J. Boone Bartholomees (1998) are notable additions in this field. But in many books, it is merely 'Lee ordered . . .' or 'Jackson committed . . .' which begs the questions, 'How did Civil War generals exercise command and did they do it well?' (Southern by the Grace of God but Prussian by Common Sense, pp. 1011-1012)

binoculars saw the whole field of battle. During the American Civil War era, rifled small arms and and rifled artillery forced corps and army commanders away from the immediate battlefront. Control and command of frontline troops were pushed over 1000 yards away from the battlelines. D.S. Freeman's chapter, in the second volume of Lee's Lieutenants, describes the developing staff as interesting individuals but gives scant attention to what they actually did. In the Army of Northern Virginia, Jackson and Longstreet often described the activities of their staffs and Hill made no mention of them. (Longstreet and Jackson Compared, 165-167)

Federal and Confederate staff manuals were either dated back to the Revolutionary and Early National era or non-exsistent in a practical sense. West Point taught no staff theory and the military has a whole had no staff school. The manner of selecting staff personal was unique to each commander. Jackson picked pre-war friends. Longstreet picked only two pre-war friends; early in the war, he chose men of striking intelligence who came to his attention as he rose in command. Jackson chose many of his staff from those whom he had known in Lynchburg, Virginia before the war; Pendleton, Dabney, Junkin and Smith were acquaintances from there. Hunter McGuire was from Winchester and met Jackson while treating him for a finger wound at First Manassas. Dabney, whom Jackson knew as a moral man and a preacher, left the staff after the Peninsula Campaign.

The failure to submit battle reports, something he had stopped to doing after First Kernstown, drew the ire of the Confederate Congress, which pressured him to find a staff person to perform the task. Charles Faulkner, after the Sharpsburg Campaign, join Jackson's staff as amanumissus and chief of staff. Both Jed Hotchkiss, Jackson's and Lee's mapmaker, and Henry Kyd Douglas viewed the appointment as an obviously wrong choice. Faulkner's rank of Lieutenant Colonel seemed extravagent to Douglas, Pendleton, and Hotchiss; they knew Jackson was a miser when handing out laurels and shoulder boards. Pendleton was wrathy because he had served as chief of staff to Jackson since July and did not recieve the permanent recognition of the title and rank. (Longstreet and Jackson Compared, 167-170).

DiNardo repudiates Hagerman's claim in The American Civil War and the Origins of Modern Warfare that numerous, efficient, and well-organized officiers and couriers were always present with the corps commander and always giving directions

to the division commanders. Nothing could be further from the truth. In fact, Jackson aused his staff officers as nothing more than runners. Jackson's uncommunicativeness towards divisional a brigade commanders is well known. "For staff officers to provide tactical coordingation to Jackson's corps, Jackson would have to give them a reasonably clear idea of what his plans were," and Jackson didn't. Major John Harmon, chief quartermaster of Jackson's troops, called him "crack brained" during the spring 1862 Shenandoah Campaign due to his excessive secretiveness. Douglas wrote to a friend at the end of the campaign that Jackson had not informed his staff of the sudden movement to the east towards the peninsular that spring.
Testimonies abound regarding Jackson lack of communication to his staff. Dabney wrote G.R.F Henderson, a post-war Jackson biographer that Jackson only use his staff to carry messages, that orderlies and couriers were scarce at Jackson's headquarters.Dabney told Henderson that he would grab any handy cavalry detail, regardless of their knowledge of local roads and location of Jackson's divisions and brigades. Under the Second Manassas campaign, Lee personally ordered a particular detachment to serve as couriers for Jackson, a decision which may reflect Lee's confidence in Jackson's ability to stay in touch. Fredericksburg campaign provides the best example of the ignorance of Jackson's staff. Pendleton confessed on December 5 to one of his sisters that he had no knowledge of what Jackson would do that month and did not consider any battle imminent. When Pendleton was wounded during the battle, D.S. Freeman concludes the Jackson's staff 'went out of gear' though he is not specific in which ways the staff work skidded to a halt. DiNardo asks that if Pendleton was so important then why was he ordered to run courier errands. "There is . . . no indication . . . that Jackson ever gave his staff officers any discretionary authority, with the singular exceptions of . . .' the quartermasters. (Longstreet and Jackson Compared, 170-173). 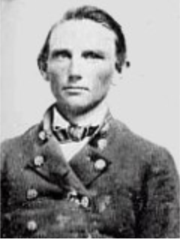 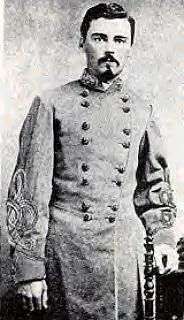 staffs. Only two were pre-war relatives or acquaintances. Thomas Goree and Longstreet met on a train travelling from Texas to Virginia. Moxely Sorrel wandered into Longstreet's July 1861 Manassas camp and, after an introduction and conversation, volunteered as an aide-de-camp for the battle. Raphael Moses labored in Toomb's Brigade and D. R. Jones Division before Longstreet placed him on his staff. Osmun Latrobe gained staff staff in the same manner. Cordiality marked the staff of Longstreet, unlike the acrimony of Jackson's staff. Though political disagreements rose between his staffers and himself after the war, friendships remained. One reasom may have be that rank was freely given to the staff in relation to the work performed; in a side-by-side (individual/work) comparison, it appears that Longstreet's staff was one rank higher that Jackson's staff. (Longstreet and Jackson Compared, pp. 174-178).

Longstreet kept his staff informed of his plans while Jackson did not. DiNardo cites several of Longstreet's order communicated commanders through his staff; these orders are marked by details regarding movement and destination along with the location of Longstreet's headquarters in order to faciliate communication from the commanders to himself. The degree of latitude in decision making Longstreet bestowed upon his staff is in stark contrast to Jackson exacting but at times vague orders.
From Lee and Longstreets conception to the first steps of the assault on August 30 only 45 minutes lapsed; DiNardo uses John Hennessey Return to Bull Run to assert this. To further advance this notion, DiNardo describes Latrobe's work with artillery at Fredericksburg, Sorrel's work with infantry during Chickamauga and The Wilderness. The author sorts through battle reports and letters to give both credit to Sorrell and the the division and brigade commanders in these actions. (Longstreet and Jackson Compared, pp. 178-180, and Southern by the Grace of God but Prussian by Common Sense, 1028-1031)

DiNardo's conclusions are that the staff's relected Jackson's and Longstreet's personalities and habits of command. He describes Jackson as being an 'erratic genius' who took a nearly Napoleonic approach to generalship and used his staff adminstratively but acted as his own chief-of-staff. Jackson's lethargic efforts during the Seven Days and Fredericksburg battles. Conversely, Longstreet reached a more modern use of his staff. DeNardo compares Lee's use of his staff and Longstreet's use of his staff and finds that both generals conducted their staffs similarly. (Longstreet and Jackson Compared, pp. 180-181)

A very good article that pointed me to some references I'd missed, thanks.

The immediate quibble I have (and it's minor) is about Generals being able to see the whole battlespace in Napoleons' time. This really isn't true.

Frontages are in fact more extended in Napoleons' time, certainly for the early part of the war. Griffith give's the following for a few ACW battles in Battle in the Civil War:

This extended frontage is one of the reasons for implementing Divisions in Europe in the late 18th century.