CWL---The Confederates, The Crater, and Their Recollections 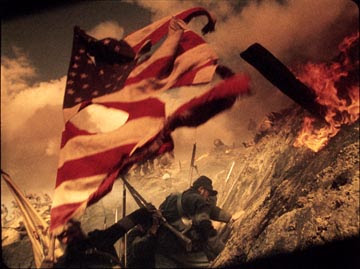 Is Not The Glory Enough To Give Us A Share?: An Analysis of Competing Memories fo the Battle of the Crater, Kevin M. Levin, in The View From the Ground: Experiences of Civil War Soldiers, Aaron Sheehan-Dean, editor, University of Kentucky Press, 2007, pp. 227-248.

On July 30, 1864 four divisions of the Federal 9th Corps assaulted a crevasse that was 200 feet long, 60 feet wide and 30 feet deep that had been created by the explosion of 4 tons of gunpowder under a Confederate fort in the Petersburg, Virginia line. Their assault was countered by a brigade of South and North Carolinians and three brigades of Virginians. The Rebels won the battle and the Virginians won the history.

In 1936 the National Park Service acquired the Crater's site and relied upon the Virginians' accounts to tell the story of the battle. The debates between the Carolinians and the Virginians were part of the collective debate among veterans over the causes and the glory of the war. A national narrative that ignored the importance of slavery and emancipation and elevated the brotherhood of war was constructed from the 1870s through the 1940s. The Southern veterans argued over their battlefield accomplishments and revolved around the states since their CSA had dissolved. State and local history were developed by the frictions of state rubbing against state for domination of the process of memorializing, history writing, and memory construction of the war.

The earliest interpretations of war were authored by the veterans. Personal, unit, and state pride were developed and, to a degree, historical accuracy was sacrificed. Edward Pollard, wartime editor of the Daily Richmond Examiner, produced The Lost Cause in 1866. The Southern Historical Society Papers, first issued in 1876, gave those outside of Virginia a forum for marking their place in the War of the Rebellion. The Confederate Veteran appeared in 1893 and a 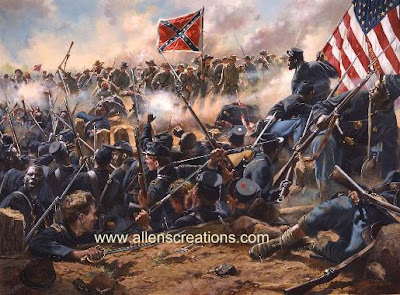 wedge between Virginians and other Confederates were again driven between Confederate veterans.

Kevin Levin, who offers the weblog Civil War Memory, develops these themes through a discussion of how the Battle of the Crater has been written and rewritten in the course of the 150 years since the end of the war. His essay is a case study of Civil War memory that, in the past decade, has been addressed by David Blight, Fritzhugh Bundage, David Goldfield, Carol Reardon and others have developed. Kevin Levin's weblog is located at http://civilwarmemory.typepad.com/civil_war_memory
Posted by Rea Andrew Redd at 11:02 PM