CWL--- North and South Magazine, Ranking the Generals, R.E. Lee is No.5 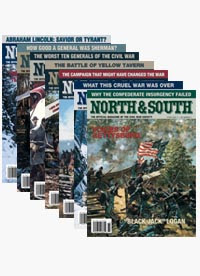 In round one which is the total score, Poulter gives Grant and Cleburn 19, Thomas and Lee 13, Jackson 11, Hooker 8, and Sherman 5. Running in negative numbers from worst to least worse are Pemberton (-12), McClellan (-11), Burnside (-6), Meade (-4),Bragg and Joseph Johnson (-4). Poulter then designates seven qualities as essential and again ranks the generals. The seven essential qualities are: coup d'oeil, moral courage, logistics, administrative ability, moral courage, coordination, and maneuver. Pick which term of the list in French means, glimpse and which Poulter uses shorten the phrase the ability to grasp a situation quickly in its entirety.

Contending with Poulter's remarks are historians John Simon (Grant), Craig Symonds (naval war), Steven Woodworth (Army of the Tenessee), Steve Newton (Confederacy). The article provides interesting reading as the contributors gentlely dissent for Poulter's rankings. First of all, why this list? Halleck and Hood need to be added. Cleburn might be taken of because he ended the war as a division commander while all the other commanded armies. Winfield Scott Hancock may be added. Also, one definition, physical courage, needs to be dropped from the list of eleven. Stamina should be added. What exactly is moral courage and how is it measured?

Each of the historians, in one way or another, are skeptical of the value of numerical rankings of generalship. Much of what make a good general resists quantification. Poulter remarks that Lee was an old fashioned commander with a pre-modern disposition work hard and then leave it in God's hands and therefore had a tendency to not think outside the box. To this charge, one historian replies with one word: Chancellorsville. 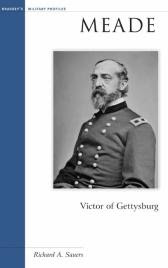 CWL finds fault with Poulter's rankings of Meade (-5 and -4). Since 2 is the highest award on the chart, Meade's physical courage gets a 2, no argument there. Poulter also gives Meade four -2s: Coup d'oeil, charisma, killer instinct and maneuver. Coup d'oeil is a -2 with no credit for map reading while in was in Adams County, PA and Poulter gives Meade a zero for coordination. Getting the Army of the Potomac through Maryland and into Pennsylvania four days doesn't count I guess, nor does kicking the Army of Northern Virginia in the shins a couple of times between the late afternoon of July 3rd through July 14th.

Charisma is a -2; yes, not everyone liked Meade but Grant liked him for the first three months, and leadership in wartime is not a popularity contest. By the way, G

Grant, Sherman, Thomas, Hooker, and Johnston get zeros. Also, -2s are maneuver and killer instinct. I guess Meade lost points for killer instinct when he refused to send the army against the Mine Run trenches of the Army of Northern Virginia in November 1863. Meade managed to get the army across the James River but must of lost points from Poulter because Grant ordered Meade to do it. Overall, I'd give Poulter a zero for judging the stereotypical picture of Meade and not the the general George Gordon in Ethan Rafuse's Meade and the War in the East and in Richard Saurer's Meade: Victor of Gettysburg.

By the way, on my selves are every North and South since Volume 1, Number One (except 1:5) and I look forward to every issue. CWL encourages readers to subscribe to the magazine; it is among the very best for scholarship, graphics, interest level of articles and readability.
Posted by Rea Andrew Redd at 4:41 PM