Off Topic: JFK and Zapruder Film, First Shot Not Recorded 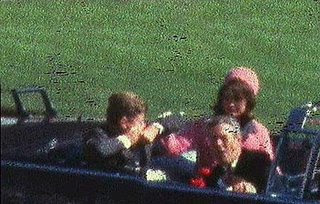 The Most Valuable Film in History
No single piece of evidence concerning the Kennedy assassination has remotely approached the Zapruder film’s value. Though badly shaken by what he had recorded, Abraham Zapruder regained enough composure to sell his film three days after the assassination for $150,000—equivalent to nearly $1,000,000 today. The value of Zapruder’s film, great as it was in 1963, only increased with time. When the National Archives purchased it in 1998, a panel of arbitrators valued the Zapruder film at $16,000,000.

It can hardly be said that the 26-second film has been undervalued commercially. Yet despite obsessive frame-by-frame analysis of the Zapruder film by investigators both professional and amateur over the past 44 years, the Zapruder film’s full forensic value has remained “hidden in plain view”. Demonstrating what everyone has overlooked in the Zapruder film is the first aim of this article. Exploring why this happened and what lessons can be drawn therefrom is the second.

After 44 Years, A Breakthrough
A newly published theory about the Kennedy assassination demands that we re-examine the Zapruder film, more closely than ever before. 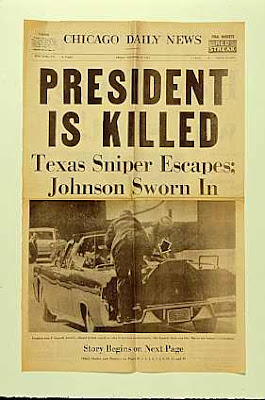 In a New York Times article published on November 22, 2007, JFK assassination researchers Max Holland and Johann Rush set forth a novel explanation for when Oswald fired his 1st shot and why it missed. Holland and Rush theorize that Oswald fired his 1st shot about 1.4 seconds before Zapruder began filming the assassination sequence, and that Oswald missed because the shot ricocheted off the metal arm of a traffic light suspended over Elm Street. They argue that one should not assume—as everyone heretofore has assumed—that Zapruder filmed each of Oswald’s three shots as they occurred. Their bold hypothesis presents a stark challenge to the prevailing consensus as to the timing of Oswald’s gunshots. (A more detailed version of the Holland/Rush theory can be found at http://www.washingtondecoded.com/site/2007/03/11-seconds-in-d.html.)

Holland and Rush present and explain several pieces of evidence supporting their conclusion that Zapruder’s film captured only Oswald’s 2nd and 3rd shots.

Text from: Hidden In Plain View: The Zapruder Film and the Shot that Missed, Kenneth R. Scearce,
Source: http://mcadams.posc.mu.edu/scearce.htm
Posted by Rea Andrew Redd at 3:28 PM