CWL---Popular Sovereignty Among the Privates! The Texas Brigade Tosses Officers Out of Camp! 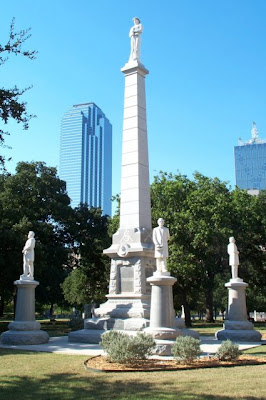 Popular Sovereignty In The Confederate Army: The Case of Colonel John Marshall and the Fourth Texas Infantry Regiment, Charles E. Brooks, in The View From the Ground: Experiences of Civil War Soldiers, Sheehan-Dean, Aaron, editor, University of Kentucky Press, 2007, pp. 199-226.

Texans, like many soldiers South and North in 1861, voted for their regimental officers. Hood's Texas Brigade compiled an impressive record of driving Yankees and their own Richmond appointed officers off the field. Brooks cites several instances of Texas regiments dismissing their officers from their commands. 'Popular Sovereignty' a 1850s political sentiment that held that local voters should choose whether their territory or state would institute slavery, also applied to the selection of officers.

Colonels, lieutenant-colonels, captains, surgeons and chaplains served at the pleasure of the rank-and-file; those officers who were placed over them by the governor or central government had be be accepted by the troops or they would be dismissed by the privates, corporals, sergeants and captains. The 1st, 4th and 5th Texas infantry regiments and the 13th Texas cavalry regiment sought to dismiss officers by a variety of means. Written petitions, shaving the commander's horse's tail, cutting saddle parts, hooting and jeering, walking away from drill were used to show the rank-and-file's sentiment. One regiment went so far as to grab an officer, hoist him on to his saddled horse, lead it out of camp and then set it off at a gallop.

As volunteer regiments organized, soldiers held a distinct spirit of democratic sovereignty. A volunteer had right to pick officers and had a right to 'secede' and transfer out of one company or regiment and join another if they were unhappy is the current officer. Non-slaving holding enlisted men fought loyally in the slave-holders' war. In the movie Gettysburg the question is asked, "What are you Rebs fighting for?" The answer is "My rights (rats)." The fundamental issue of selecting local leaders were among the rights for which the CSA enlisted man was fight.

Above is a photo of the memorial to Texas Civil War soldiers that is located in Dallas, Texas.
Posted by Rea Andrew Redd at 9:25 PM