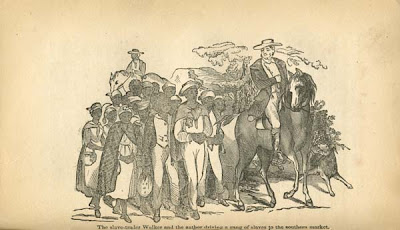 The Reputation of the Slave Trader in Southern History and the Social Memory of The South, Michael Tadman, American Nineteenth Century History, 8:3 September 2007, pp. 247-271.

Common depictions of the antebellum domestic slave trade reveal that it occurred on a small scale, that slave traders were on the lowest rung of the Southern social ladder and plantation owners avoided using them. Slave traders dealt only with runaway or criminal slaves. Slave trading had a contradiction in it: Plantation paternalism avoided breaking up slave families yet the domestic slave trade from 1809 to 1861 carreied about 1.25 million 'units', three times as those carried from Africa to America before the Constitutional embargo of 1808.

He argues that "the white South was comfortable with the domestic slave trade and that the trader was not an outcast." Slaveholder did not wrestle with the issues raised by the slave trade, and did not see contradictions between paternalism and the buying and selling of humans. He adroitly reviews the historiograph of both paternalism and the slave trade; then he explores the petitions and presentments of Southerners before the court in cases of buying and selling slaves.

White supremacy, slave trading and the paternalism in the antebellum South
When the matter of the slave trade was addressed in the South, the conditioned response was to demonize the slave trader with the understanding that breaking up families was wrong. For propoganda purposes the slave trader was then marginalized in discussions by stating that the exchange of slaves for cash or credit was in infrequent occurence in the South. The idea that slaves had an meager amount of emotions gave justification to the infrequent splitting up of slave families.
The claims were that 1.) the slave trader was an outcast, 2.) black people did not emotionally suffer like white people. The first claim was propoganda and the second claim was acted upon as an actual truth. 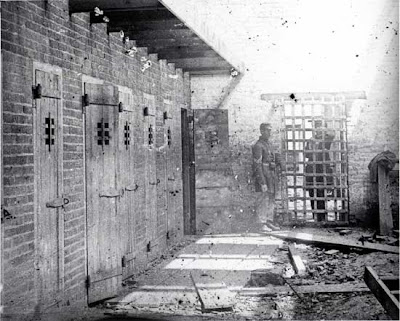 Historians and the Trade
Covering Collins (1904), Phillips (1929), Bancroft (1931), Holmes (1938), Stampp
(1956), and his own work (1989), Tadman traces the historic treatments of the slave trader and the victims of family separation. The reputation of the slave trader moved from outcast to businessman with real estate holdings and slave trading from being not typical and infrequent to typical and frequent. Begining with Stampp's work, slave trade began to be viewed as being constant and of a great scale. Tadman, in his works, concluded that traders were both men of wealth and standing, and men who were speculators who found acceptance at the highest levels of society. He concludes that in the slaveholders' minds that outcast slave traders were "rarely anything more that devices available for sectional progaganda."
MORE TEXT FORTHCOMING
Posted by Rea Andrew Redd at 3:46 PM