Other Voices---Slaves, Runaways, And Freedmen: Two Men Tell Their Stories

Freedom Just Ahead: The War Within the Civil War , a review of A Slave No More, review by William Grimes , New York Times, December 5, 2007.

A Slave No More: Two Men Who Escaped to Freedom, Including Their Own Narratives of Emancipation David W. Blight, Harcourt Press, illustrated, index, $25.00.

The chaos of Civil War meant only one thing to America’s four million slaves: hope. With armies on the march, and the old social order crumbling, men like John Washington and Wallace Turnage seized the moment and made a break for freedom, issuing their own emancipation proclamations before the fact. They were “quiet heroes of a war within the war to destroy slavery,” as David W. Blight puts it in A Slave No More. Both Washington and Turnage, near contemporaries, wrote vivid accounts of their lives as slaves and the bold bids for freedom that took them across Confederate lines and into the waiting arms of Union soldiers. Recently discovered, both texts have been reproduced by Mr. Blight as written, with misspellings and grammatical errors intact.

Mr. Blight, a professor of American history at Yale and the author of “Race and 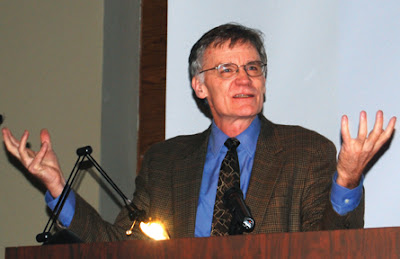 Reunion: The Civil War in American Memory,” has also provided an extended preface that provides historical context, fills in biographical gaps and extends the life stories of both men past the Civil War, when their manuscripts break off abruptly, to their deaths in the early 20th century. Two remarkable lives, previously lost, emerge with startling clarity, largely through the words of the principal actors themselves. Washington, born in 1838, grew up in Fredericksburg, Va., and stayed there, in servitude to the widow of his master, after being separated from his mother and four younger siblings at 12. Unlike Turnage, who labored on an Alabama plantation and suffered constant whippings, Washington lived a town life, running errands or enduring hours of enforced idleness and staring longingly out the window.

In 1861 he was hired out to a tobacco factory in Richmond and got his first glimpse of Confederate troops, so many, he wrote, “that it appeard to be an impossiability, to us, colored people, that they could ever be conquord.” Soon, though, he began hearing of slaves making their way to the Union lines and freedom. Once back in Fredericksburg, where he worked as a hotel steward and barkeep, he decided to join their number. Washington’s narrative captures both turmoil and nervous excitement as Union forces closed in on Fredericksburg, bayonets glinting across the Rappahannock River, their movements eagerly watched by black residents. Washington, in a characteristically sardonic aside, notes: “No one could be seen on the street but the colored people. and every one of them seemed to be in the best of humors.”

In the confusion Washington escaped to the Union lines. “I told them I was most happy to see them all that I had been looking for them for a long time,” he writes. When a Union soldier asks if he wants to be free, Washington answers simply, “by all means.” In Alabama, Turnage met his oppressors with open defiance. He fought with bullwhip-wielding overseers, suffered repeated whippings and beatings and lit out for freedom repeatedly. Running for miles across creeks and through fields, cleverly talking his way out of tight spots and, more than once, fighting off enraged dogs, Turnage, a mere teenager, evaded pursuers for weeks at a time, enduring extreme deprivation.

"I went as long as four days without anything to eat but one hickery nut that the squirrels did not get,” he writes of one escapade. Among other things, Turnage’s testimony sheds light on the support network among slaves, nearly all more than willing to feed or conceal a runaway, or provide information on how to evade capture on the road ahead. “They gloried in my spunk,” Turnage writes of a group of slaves who hid him at one plantation. His final flight, from Mobile to the Union ships anchored offshore, caps his thrilling tale. After nonchalantly walking straight through a Confederate camp and wading barefoot through snake-infested swamps, he reaches an impasse, with Confederate pickets behind him and a broad expanse of water ahead of him.

“It was death to go back and it was death to stay there and freedom was before me,” he writes. He pressed forward and, by luck, found a rickety little boat on the shore. I now dreaded the gun, and handcuffs and pistols no more,” he writes of his moment of deliverance, when Yankee sailors plucked him from Mobile Bay. “Nor the blewing of horns and the running of hounds; nor the threats of death from the rebel’s authority. I could now speak my opinion to men of all grades and colors, and no one to question my right to speak.” Washington made his way to Washington, where he and his wife, whom he took from Fredericksburg, rose to middle-class prosperity. He died in 1918. Turnage worked, at various times, as a janitor, sign painter, watchman and glass blower in New York. Eventually he moved to Jersey City, where he died in 1916.
By that time, slavery and the war were distant memories. In their all-too-brief narratives, Washington and Turnage, as Mr. Blight notes, offer a precious commodity: “unfiltered access to the process and the moment of emancipation."