(Sort Of) Off Topic Novel--- Something From Down Under 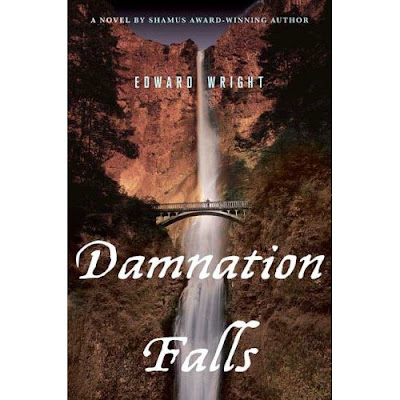 It begins with a button and a prophecy. Tramping the Tennessee backwoods with his dad, Randall Wilkes turns up an American Civil War relic. His historian father, typically withholding and impassive in the face of his young son's enthusiasm, comes over all doom-laden about the potential significance of the find. "Whatever's here," he intones with patriarchal pomposity, "one day the earth will give up."

Fast forward a few decades and the earth is giving up a whole closet full of skeletons with which Randall has to deal, as does his now aged father who has since won a Pulitzer Prize for his Civil War histories. Much is at stake chez Wilkes and the truth will out, whatever the consequences.

Edward Wright, author of Damnation Falls, already has a swag of real-life awards over the shoulder. His first three crime novels - set in 1940s Los Angeles and featuring B-movie western alumnus John Ray Horn and his native American sidekick, Joseph Mad Crow - have garnered in sequence the British Crime Writers' Association Debut Award, a Shamus Award from the Mystery Writers of America and the British association's Ellis Peters Historical Award. If you missed them, it may be time for a rewind.

Meanwhile, clearly not overawed by past success, Wright has stepped out of series with Damnation Falls, a stand-alone crime novel that dramatises American history by means of contemporary small-town relationships depicted with the kind of hothouse intensity writers from the American south seem manifestly destined to portray but with rather more restraint. Wright is a much less flamboyant and more subtle prose stylist than James Lee Burke, for instance.

Like Wright himself, the character of Randall Wilkes is a former newspaper man but one whose departure from the newsfront is precipitated by an ill-judged substitution of fiction for fact while working on a Chicago newspaper. Disgraced and out of a job, Randall returns to Nashville at his old friend Sonny's behest to embark on what he suspects is a piece of puffery, Sonny's memoirs. Given that Sonny is a former governor of Tennessee, what Randall wants to know is whether this will be a "summing-up kind of book or a curtain-raising kind of book".

Whatever Sonny's original intention, the invitation initiates both a kind of curtain raising and a kind of reckoning, with Wright setting things up carefully from the start, so that what unfolds as Wilkes sets about his task of memorialising Sonny is both shocking and inevitable. There are some nice narrative symmetries. 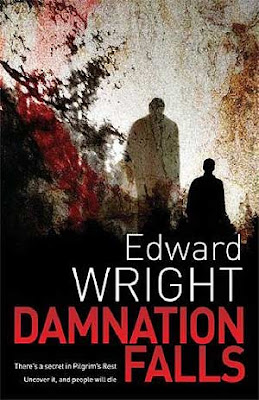 And an intriguing footnote: Wright was born in the same Arkansas town of Hot Springs as erstwhile American president Bill Clinton. Comparisons may be odorous (as Mrs Malaprop once said) but Sonny McMahan, the fictional former governor of Tennessee, is a man so charismatic that when he walks into a Nashville restaurant all the diners turn to watch his progress, "lifting their faces as if towards the sun". Further allusions to Clinton's Arkansas days and the Whitewater property scandal are never spelled out but lurk suggestively in the background as McMahan is revealed to be up to his clean-cut jaw in something not entirely kosher.

The action converges on the fictional small town of Pilgrim's Rest, established on the Cumberland plateau during the 19th century by a breakaway religious sect on a water source they christened Redemption Spring, just above the eponymous Damnation Falls. Wright draws attention to the religious foundations of America's political present, as well as the bitterness wrought by civil war. It's paradise well and truly lost.

Pilgrim's Rest is where Randall and McMahan began their friendship, united in the adolescent crime of pot-shotting at a neighbour's cats with their Daisy Red Ryder BB guns (some kind of American rite of passage, predictably involving firearms). And Pilgrim's Rest is the place to which they return as the victims of the past begin to emerge, forcing Randall, Sonny and the whole community finally to come to terms with the legacy of that darn button. Complex, layered but never laboured, Damnation Falls weaves between fact and fiction, the past and the present, truth and lies, without ever missing a beat. Nice work.

I'm glad to hear about this -- sounds pretty interesting.

Good work on putting up unfailingly interesting blog entries week in and week out.