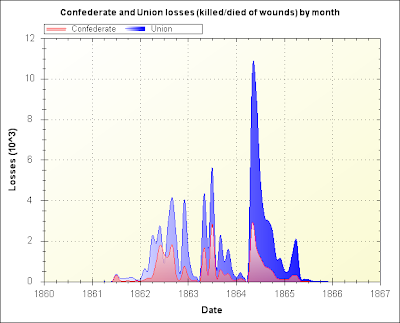 At your fingertips, how about an American Civil War collection that contains 65,000 pages drawn from 49 periodicals, including 15 campaign newspapers, most of them illustrated—3,720 issues published from 1860 to 1865?

Or how about searching, and being able to retrieve 70,000 contemporaneous photographs, along with nearly 30,000 highly graphical wartime recruiting posters, envelopes, and ephemera?

While looking primary sources for your regiment, how about working through an extraordinary electronic collection includes 100,000 pages, including 4,000 pages of previously unpublished material?

Would you use an online resource for researching the individuals, regiments, and battles of the American Civil War, with indexed, searchable information on 4.3 million soldiers and thousands of battles, together with 15,000 photographs?

Wish you had access that contains all of the more than 4,600 known regimental rosters, 3,461 regimental chronicles, and 1,010 officer profiles?

So you don't work for or are located near a major research university. Hmm. . .

Go to http://www.alexanderst.com/resources/civilwar.access.htm and login: american with the password: bicentennial.

Alexander Street Press offers four databases including The American Civil War Research Database™ which may be a nearly definitive online resource for researching the soldiers, regiments, and battles of the American Civil War. Originally created by Historical Data Systems, Inc., the database contains indexed, searchable information on over 4 million soldiers and thousands of battles, together with 15,000 photographs. With thousands of regimental rosters and officer profiles, the database will continue to grow as new information is loaded bi-annually.

In addition to 222 volumes of rosters published by the state Adjutants Generals, the database includes the military records for every soldier in the collection as well as Official Records, pension index records, 1860 census records, Grand Army of the Republic (GAR) records, Roll of Honor records, Medal of Honor records, and regimental histories. This information has been compiled from personal items, graveyards, and newspaper reports.

The American Civil War Research Database™ includes a record for virtually every soldier who served in the war. There are descriptions of thousands of battles, with detailed multi-page battle orders and reports for significant battles such as Shiloh, Antietam, and Gettysburg.

Database users can examine the military record for each soldier, or even search the entire research collection by soldier, regiment, state, and battle. The database also allows users to trace the war effort using critical statistics including average age, method of entry into and exit from the military, war engagements, and associated loss and prisoner statistics. Researchers can go below the big picture to analyze the details of specific regiments where they saw combat, their casualty statistics, and the effects of disease. They can also use census information to decipher the impact on a particular soldier's hometown.

The Analysis Charts tools, a distinctive feature of The American Civil War Research Database™, lets you identify a large-scale trend and then focus down to the regiment or individual soldier. Dozens of charts and graphs can be viewed through a single interface that allows for an immediate visual understanding of complex data. For example, users of this query tool can view a chart analyzing death by disease and can then explore the Regimental Casualty Analysis and the Regimental Assignment charts to research this subject further. 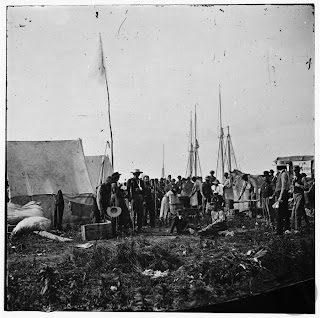 A second database Images of the American Civil War: Photographs, Posters, and Ephemera, presents the dramatic imagery of nineteenth-century Americana as experienced from the social, military, and political perspectives. At completion, the collection will present 75,000 images drawn from archives around the country, documenting the camp and battle experiences of Union and Confederate soldiers of all ranks, time spent in hospitals and in prisons, civilian life in cities and towns close to and far from the front lines of war, and the demeanor of the politicians whose decisions could bring the nation together or tear it apart. Many of the images in the collection were captured by famous and lesser-known innovators working with the burgeoning medium of nineteenth-century photography. Additionally, graphical content such as envelopes, song sheets, recruiting posters, imprints, and cartoons give users the ability to research how wartime America illustrated their times visually. With Images of the American Civil War: Photographs, Posters, and Ephemera, researchers and students can now see the moments—both monumental and mundane--that occurred as the nation stood divided.

Regular updates of Images of the American Civil War: Photographs, Posters, and Ephemera ensure an ever-expanding trove of fully-searchable images. Most of the materials have been gathered from extensive archives of nineteenth-century Americana. Partnerships with these archives allow the collection to bring forth previously unpublished photographs and posters to further scholarship of the Civil War. All images are organized around key broad subject areas in the field, allowing users to proceed directly to visual narratives of social, political, and military aspects of the war. Additionally, each image contains a short contextual note and is indexed for available data such as photographer, year, and setting. The result is a widely searchable database that gives researches unprecedented access to the highly visual record of the Civil War experience.

The American Civil War: Letters and Diaries database and Illustrated Civil War Newspapers and Magazines database are the third and fourth databases included in Alexander Street's collection of four primary source resources. CWL is unsure how long this free subscription will last for non-institutional users. The wwwsite and passwords were sent to CWL pass on to readers and librarians with budgets. CWL encourages patrons and librarians to use the wwwsite while it is availabe and then lobby public and private institutions to add this database to their collections.

Text Source: Content descriptions of the databases are provided by the publisher.
Posted by Rea Andrew Redd at 10:51 AM