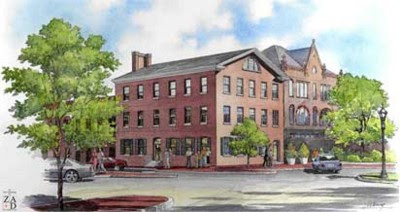 Donations from the students of the Gettysburg Area School District have put Main Street Gettysburg’s Finishing Touch Campaign at the $25,000 mark. The campaign, which kicked off in February, has a $35,000 goal and will support the historic David Wills House in downtown Gettysburg.

“The campaign is about more than fundraising – we are engaging students in every grade level, and developing creative ways to help them learn and embrace the rich history that surrounds them here in Gettysburg,” said Dr. Bill Hall, Superintendent of the Gettysburg Area School District, and co-chair of the campaign.

The Finishing Touch involves students in fundraising and educational projects, students creating artwork that will be sold at auction, and construction of a large scale model of the David Wills House. Main Street Gettysburg is partnering with Gettysburg Schools and the Gettysburg Times and News Publishing Company on the campaign.

The partnership is raising $35,000 for the final detailed paintwork on the exterior of the historic structure, which is on the National Register of Historic Places. The red painted bricks on the outside of the Wills home were outlined by a stencil of white paint, highlighting each of the mortar joints. Any additional funds raised will go toward a Finishing Touch scholarship project for students. 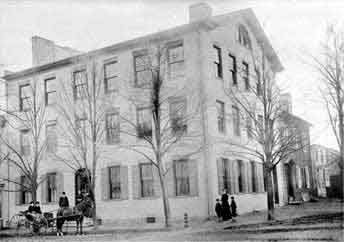 Main Street Gettysburg will operate the David Wills House as a museum in partnership with the National Park Service. David Wills’ home was the center of the immense clean-up process after the Battle of Gettysburg and where President Lincoln put the finishing touches on the Gettysburg Address. The speech transformed Gettysburg's community from a place of devastation to the symbol of our nation's new birth of freedom. The museum will feature six galleries, including two rooms restored to their 1863 appearance: Wills' office as he received letters from families looking for loved ones after the battle and began planning for the cemetery and its dedication; and the bedroom where Lincoln stayed and prepared to deliver the Gettysburg Address.

The David Wills House Grand Opening is scheduled for February 12–16, 2009, and is an official event of the Abraham Lincoln Bicentennial Commission. Preview events are scheduled for November 21, 22, and 23, 2008. More than 90,000 visitors a year are expected to visit the site,vwhich is on the National Register of Historic Places.