Should anyone cherish a society in which 40 percent of the population was once enslaved? A society in which the proportion of slaves to freedmen was one to 25? That, after all, was the reality of life in the Confederate States of America. Of course, the answer to this question is a personal one. However, when governments start getting involved in answering this question, the situation rapidly gets out of hand. 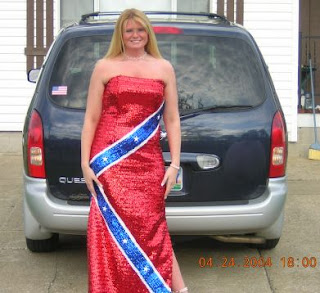 It has become customary for some states, counties and municipalities in the South to declare April “Confederate History Month” or “Confederate Heritage Month.” Last year I discovered some of the perverse content of many of the declarations signed by the governors of these states. Let me emphasize something very important before looking closer at this issue: I do not take issue with solemnly remembering or commemorating the deaths of the hundreds of thousands of soldiers and civilians who died in the conflict. Their deaths were a loss to this nation. What I take issue with is the distortion of the portrayal of the Civil War that continues to go on from year to year.

So far this year two states, Mississippi and Georgia, have signed and sealed proclamations declaring April to be a month for Confederate remembrance. Mississippi’s proclamation approaches the issue in a relatively neutral manner. Their document proclaims a Confederate Memorial Day when “we recognize all those who served in the Confederacy” that gives Americans the opportunity “to reflect upon our nation’s past” and “gain insight from our mistakes and successes”.

All in all, the document isn’t very controversial. While my personal insight from looking at the history of the Confederacy is that it should be cursed rather than remembered, everyone’s entitled to a different personal opinion. Whereas Mississippi takes an appropriately subdued approach to the topic, Georgia’s proclamation makes a mockery of history and the reality of life in the Confederacy. Georgia’s Confederate History Month proclamation asserts “Georgia has long cherished her Confederate history.” This alone isn’t too alarming, although I question why anyone would want to publicly announce how much they cherish a slave society. 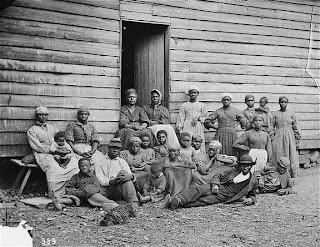 But the most disturbing part comes immediately thereafter. Here, the proclamation claims to recognize the “many African Americans both free and slave who saw action in the Confederate Armed Forces” as well as those who “participated in the manufacture of products for the war effort.” The net effect of this language immensely confuses the issues surrounding the Confederacy. Why, in this rendition of history, it almost sounds as if blacks and whites all banded together to fight for states’ rights and liberty! Considering that only 1.5 percent of the Confederacy’s population was free blacks, I somehow doubt this was the case.

I bet the slaves who were forced to work in the war industries had a much different perspective on what was going on there. Furthermore, I suspect the many slaves who worked in the cotton plantations that helped fund the Southern war effort didn’t have a particularly positive view of their situation either. In fact, I suspect they were much more likely to curse what they were doing than to cherish it.

The idea that white and black southerners willingly joined together to fight northerners simply isn’t supported by the available evidence. What little joint fighting and effort that occurred is insignificant, especially given that the South did not create a program to offer slaves freedom in return for fighting until the last few months of the war. It’s clear to me that on this subject the state of Georgia is fundamentally wrong. Under the guise of remembering the tragedy of the Civil War, Georgia Gov. Sonny Perdue has affixed his signature to a document that obscures and molds history into a parody of itself.

The fact that something like this could officially happen in the United States government in the 21st century is mind-boggling. Given that the month of April is just starting, I have no doubt that other states will likely issue these sorts of proclamations as well. Hopefully none of them will be as ludicrous as Georgia’s.

If Americans truly want to “gain insight from our successes and failures,” as Mississippi’s proclamation has stated, then a good first step would be to condemn Georgia’s blatant obfuscation of history as the apologistic drivel that it truly is.

Andrew Wagner (awagner@badgerherald.com) is a junior majoring in computer science and political science.

BOTTOM: Library of Congress
Posted by Rea Andrew Redd at 11:11 AM

Slavery existed during the revolutionary war, should we just write off the 4th of July?

Why is it that the first thing people think of is slavery when they see the Confederate flag??? That's focusing on an ignorant portion of broader time. It takes ignorance to dwell on ignorance imo. The culture of the south was different than cultures of the north. It's ok to remember the heritage, and cultures of the past. Yes, slavery was wrong, but that doen't mean that the many many other great experiences of the southern culture from that time should be ignored.

The Crusades wasn't right, should we be offended when people pray and banish the bible?

Silenttempestz said...
This comment has been removed by the author.
11:41 PM