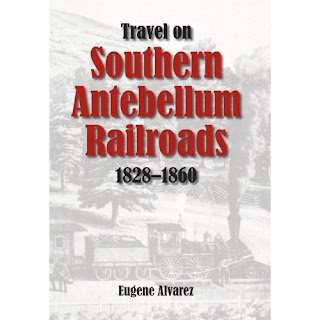 The matter-of-fact descriptive title of this interesting little volume on railroading in the pre–Civil War South does not do justice to Alvarez’s coverage of the subject. Along with his full account of trains and train accommodations,
he manages to encompass a number of social, political, and even ideological subjects.

“Here is a carefully researched account of all aspects of railroading—engines, cars, life aboard, perils of the road, stations—with much contemporary
flavor from this boisterous era.”-- Anniston Star

“A charming and informative examination of the early years of railroads. It is also history of the kind I like best: a study not of great events or momentous trends, but of how people lived.” — Jonathan Yardley, Miami Herald

“Excellently and extensively illustrated and can be recommended to all interested in trains and southern social history.” — Journal of Southern History 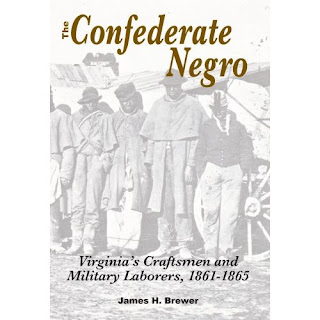 “Brewer has brought to light creditably the little known contribution of the Virginia Negroes, free and slave, to the Confederacy. In so doing, he corrects a serious historical omission while delivering a telling blow to the destruction of the stereotyped southern Negro during the war. . . . A milestone in the history of the period and essential to any serious study of the Civil War, the Negro, and the South.” — Journal of American History

“Brewer forcefully presents his main theme that the Virginia Negro ‘contributed a sustaining eff ort to the War for Southern Independence and an impressive mass of facts and statistics demonstrates that the Old Dominion’s more than half a million blacks made a vital contribution to the rebel cause. . . . Professor Brewer makes his point effectively and, in the process, adds a new dimension to the measurement of the Confederate war effort. No historian of the Civil War era can afford to ignore this book, which sheds so much new light.” — Journal of Southern History

Source: text from publisher
Posted by Rea Andrew Redd at 11:44 AM