News---Grand Army of the Republic Post Restored In Original Location 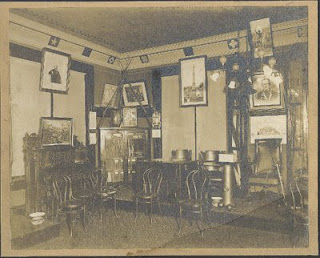 A Civil War commemorative event in Carnegie has grown into a full weekend this year with an evening of music Friday and a Sunday afternoon talk by a historian. The effort also is taking a bigger role in the $8.6 million capital campaign to aid the Andrew Carnegie Free Library & Music Hall in that borough. It is the second expansion of a three-year-old event centered on raising funds to restore the Thomas Espy Post of the Grand Army of the Republic at the library building.

"At this point, I think we'll call it quits," Diane Ragan says of the length of the event. She is library director and the author of two books on the Civil War. Maggie Forbes, executive director of the library and music hall, says it is accurate to look at the event as related to the capital campaign because "anytime we do anything that helps us reconnect our library to the community, it helps in what we do." The event will open with The NewLanders, a folk group that will perform a program called "Songs of Southwestern Pennsylvania." It will deal with music from the Civil War era through the time of the industrialization that brought many immigrants here.

The program will end Sunday with a talk by Stuart McConnell, a professor of history at Pitzer College in California. He is the author of a book about the change of political and social reality shaped by the Grand Army of the Republic, a fraternal organization made up of members of the Union Army. Saturday will be filled with an encampment by the re-enactment unit, the 9th Pennsylvania Reserves, military drills and skirmishes, readings of the Gettysburg Address by Rea Redd from the re-enactment unit, and a Civil War exposition in the reception hall.

Ragan joined the library in 2006 when she began a career in library science after writing the books on the Civil War and working at Soldiers and Sailors Memorial Hall in Oakland. She says she had been thinking about work as an archivist but didn't find that hopeful. "Coming to a library that also has an archive is a wedding made in heaven," she says of the files in the Espy post. 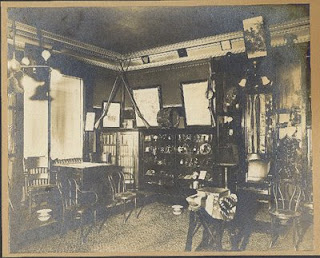 The group most responsible for the preservation of the GAR post in Carnegie, PA, which is 8 miles south of Pittsburgh, PA is the Ninth Pennsylvania Reserves, a Civil War reenactment unit, founded in 1981. In April 2000, the unit co-organized a three evening performance of 'Our American Cousin' with a professional theatre troupe. The event raised $10,000 which was matched within 90 days by the local and state governments; the current preservation effort of the post began in 2000. The GAR post is located in Carnegie Free Library building and the board of the library is committed to the preservation of the post.
Posted by Rea Andrew Redd at 8:15 AM

Labels: Grand Army of the Republic