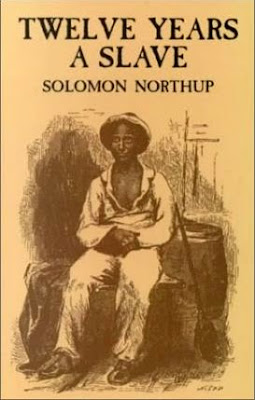 Director Steve McQueen is already getting plenty of attention for his sexually controversial film Shame starring Michael Fassbender and Carey Mulligan, and while his next film, Twelve Years a Slave already sounds promising featuring a reunion with the X-Men: First Class star and Chiwetel Ejiofor, the new is sure to get a considerable amount of exposure with a huge name now joining the cast. Screen Daily reports (and The Playlist confirms) that Brad Pitt, who is already producing the film through his Plan B production banner, will also have a role in the film written by McQueen along with Three Kings scribe John Ridley.

Based on Solomon Northup's 1853 autobiography, the film will tell the story of a free black man (Ejiofor) who found himself kidnapped and turned into a slave for twelve, long, grueling years under numerous owners. Northup was a happy, married, educated and free black man living in New York who was approached by two men with a job offer in Washington D.C. But upon his arrival in the capitol, he was kidnapped, put in a slave pen and passed around through various slave owners for twelve years. As an autobiography, the book is a detailed firsthand account of the slave markets in D.C. right down to the food served to the slaves. Spoiler alert for those who don't want to know too much, the real-life story has a happy ending with the man able to secure his freedom when a white carpenter from Canada, who didn't believe in slavery, smuggled out letters to Northup's wife, thus initiating a court case that set him free.

It's not clear what role Pitt will take in the film, but it's my bet that he'll play one of the various slave owners. Fassbender's role has yet to be confirmed either, but it's been speculated that he'll play the carpenter from Canada, though that role could just as easily end up going to Pitt. Either way, with a film like Shame putting McQueen in the spotlight for its NC-17 sexual drama, and a stellar cast, that includes a long deserved lead role for Ejiofor, this is already one of my more anticipated films in the coming years.