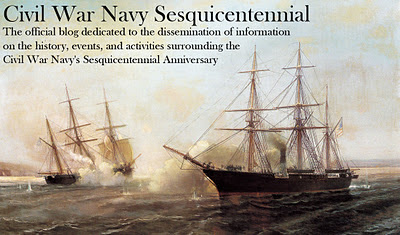 The Battle of Port Royal is among the earliest amphibious operations of the American Civil War. The United States' navy and army captured Port Royal Sound, South Carolina,on November 7, 1861. The sound lies between Savannah, Georgia and Charleston, South Carolina and was guarded by two forts on opposite sides of the entrance: on the south was Fort Walker located on Hilton Head Island and to the north Fort Beauregard located on Phillip's Island.

Beginning on November 3 the amphious force assembled in the Atlantic close to its force's objective. Because of losses occurred during an Atlantic storm, the army was not able to land. The Federal attack was solely between ship-based guns and land based guns.

The fleet attacked on November 7 by bombarding Fort Walker and Fort Beauregard. After passing both forts several times, the fleet assumed enfilading positions that took advantage of both forts. Four Confederate gunboats appeared then fled into a creek. By the afternoon, a majority of the forts' artillery pieces could not be service by the Confederate gunners and the Confederate infantrymen had fled the forts. Fort Walker fell to landing parties from the Federal flagship.

Those Confederates gaurding Fort Beauregard assumed that they would soon have no way to escape and they abandoned the fort. Another landing party took possession of the Fort Beauregard later in the day. Though facing a heavy volume of fire, neither the Federal nor the Confederates suffered heavily and casualties were light. In both forts 11 men were killed, 47 were wounded, and 4 were missing. In the fleet, 8 were killed and 23 wounded. Immediately following the capture of the forts, the Union forces occupied Beaufort, Georgia, and moving north occupied St. Helena Sound. The northward expansion continued up to the rivers south of Charleston,
South Carolina.