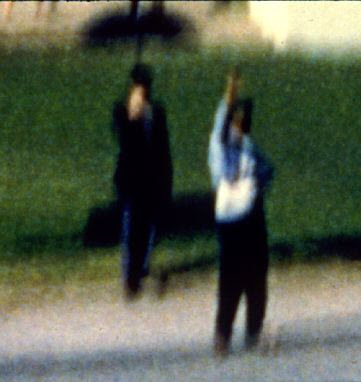 November 22, 1963, Dealy Plaza, Dallas Texas. It is a sunny day. During the Kennedy motorcade, a man opens and raises a black umbrella. Kennedy is shot in front of him. What part in the assassination did he play? A last minute signal that the plan to assassinate the President would go forward. A signal that could be seen from the sixth floor of the Texas School Book Depository and the fence near the overpass behind the Umbrella Man. The truth is revealed is recalled by Josiah Thompson, author of Six Seconds in Dallas.